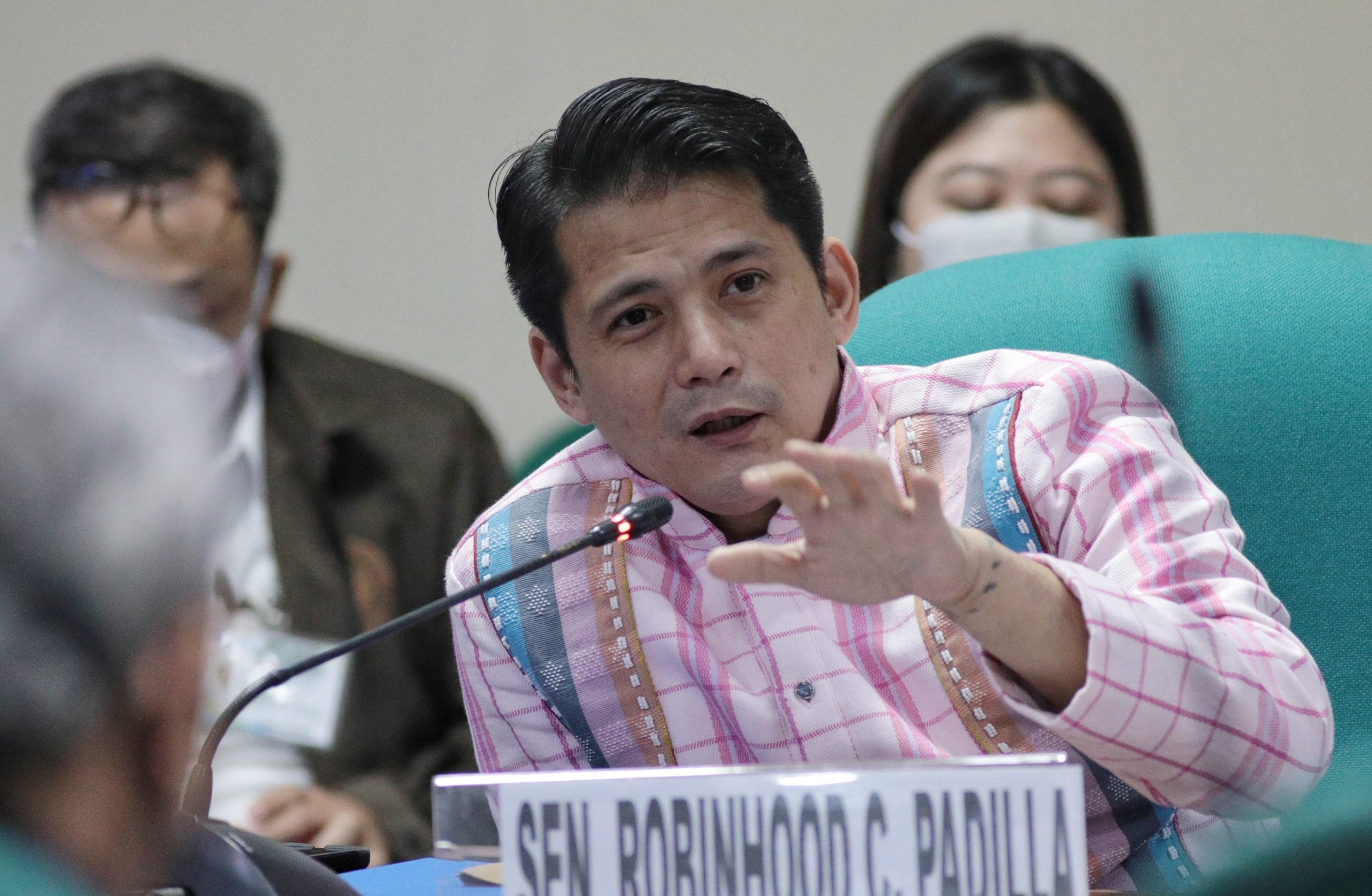 MANILA, Philippines — After drawing flak for saying that Filipino actors like him are more handsome than South Korean actors, Senator Robinhood Padilla on Tuesday said he cannot accept the claim that the women of other countries are more beautiful than Filipinas.

Padilla was reacting to the privilege speech given by Senator Jinggoy Estrada to clarify his stand on the possible ban of Korean dramas (K-drama) in the country.

(I was bashed when I jokingly said that I am more handsome than Koreans. But I will not agree with the claim that there are women more beautiful than Filipinas.)

“Walang pinakamaganda kun’di Pilipina, at walang pinaka-mabango (There is none prettier and none who smells better than the Filipina),” he added.

Estrada in his privilege speech explained his reason for calling for a possible ban on K-dramas. He said he was only concerned about the Philippine movie industry.

Estrada attracted controversy last October after saying during the deliberation of the Film Development Council of the Philippines (FDCP) budget for 2023 that he had thought of calling for a ban on K-dramas in the country. When Estrada was bashed online, Padilla asked why Filipinos prefer to watch K-dramas when Filipino actors like him are more handsome.

After eliciting laughter from his fellow senators, Padilla then turned to Senate President Juan Miguel Zubiri and asked why Filipino martial arts movies are not found in streaming sites, when there are movies about the martial arts of other countries.

Zubiri is a Filipino martial arts practitioner, and was an Arnis (Filipino stick fighting) champion in his youth.

“Mr. President, we know now that if we open Netflix and other online streaming sites, we would see — I know you’d understand me because you are also a martial artist — you would see programs of Thailand, Indonesia, Malaysia, all of which feature martial artists as actors,” Padilla said in Filipino.

“Esteemed President, we know that there is no better martial artist than the Filipino, we see at the UFC, at OneFC, the champions in the latter are the Team Lakay, real Filipinos.  Martial arts legend Bruce Lee himself passed on Jeet Kune Do to a Filipino, Dan Inosanto,” he added.

Padilla went on to say that Filipinos are the best practitioners of martial arts. He added that even the explorer Ferdinand Magellan was killed by a Filipino.

“I hope the government supports this advocacy, and I hope we have shows that would exhibit Filipino martial arts,” he added.

Zubiri during the open session agreed with Padilla, adding that Filipino martial arts are widely practiced in the Philippines.

“But that is not being acknowledged, and there are countries saying that the fighting style belongs to them, so we should promote it as a brand,” he added.