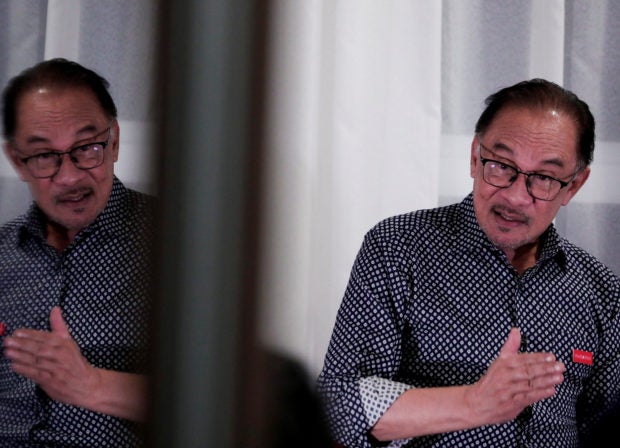 TAMBUN, Malaysia — After two decades as opposition leader, Malaysia’s Anwar Ibrahim was poised to finally become prime minister in 2020. But his alliance collapsed from infighting, leaving him as far away as ever from the top job.

Now, Anwar, 75, is hitting the national campaign trail again, trying to convince Malaysians to vote for him in the November 19 election as he looks to finally fulfil his long-held dream of becoming prime minister.

He was in his element on the stump: joking with supporters as he peppered his speech with Quranic verses and Malay folklore to condemn his rivals and burnish his leadership credentials.

“I’m optimistic,” Anwar told Reuters late on Friday after a packed day of campaigning at his constituency Tambun in west Malaysia, referring to his coalition’s chances of victory and changing the political landscape in multi-ethnic, Muslim-majority Malaysia.

“We are here to emphasize governance and anti-corruption, and rid this country of racism and religious bigotry,” he said.

Anwar’s alliance faces two other coalitions in the election – one led by incumbent Prime Minister Ismail Sabri Yaakob and the other by former premier Muhyiddin Yassin. There are several other parties in the running, including one founded by another former prime minister Mahathir Mohamad, a factor that is expected to split the votes more than ever before.

Opinion polls predict a tight race with no single party or coalition being able to win a simple majority needed to form the government.

Anwar has support from the ethnic-Chinese and Indian minorities, who form a third of the electorate, and from voters in urban areas. In Tambun town, he attracted hundreds at a campaign stop, with crowds spilling onto the road and the driver of a passing ambulance flashing Anwar a thumbs-up sign.

But he lacks widespread appeal among majority Malays due to his opposition to affirmative action favoring them and past allegations of sodomy, a crime in Malaysia. Anwar has spent around a decade in jail on sodomy and corruption charges.

A survey by independent pollster Merdeka Center showed that Anwar lags behind his two rivals in popularity by 8 to 12 percentage points despite a recent uptick.

However, his multi-ethnic coalition was the most favored by voters at 26%, although nearly 31% were yet to decide who to vote for, Merdeka said. Ismail’s Barisan Nasional coalition came in second at 24%.

Anwar said he will not work with Ismail’s or Muhyiddin’s coalitions due to “fundamental differences”, despite polls saying that alliances would be necessary to form the next government.

“Any form of coalition will be a major setback because you are having a coalition with essentially racist or Muslim fanatics,” said Anwar. He also ruled out working with friend-turned-foe Mahathir.

Anwar, who was deputy to Mahathir when he was prime minister in his first term, came close to the premiership after the opposition defeated Barisan for the first time in Malaysia’s history in the 2018 election. His party had joined hands with Mahathir amid widespread anger against the government over the multi-billion-dollar 1MDB corruption scandal.

Anwar was in prison during the 2018 election on what he says were politically-motivated sodomy charges, and later pardoned.

Mahathir became prime minister and promised to hand over power to Anwar in two years. Anwar’s wife took over as deputy prime minister, but the coalition collapsed in 22 months due to infighting over the transition.

Muhyiddin briefly became prime minister but Barisan came back to power in 2021 with Ismail at the helm as part of another alliance.

Oh Ei Sun, a senior fellow with Singapore’s Institute of International Affairs, said Anwar was not likely to get enough Malay support to reach the finish line.

“More of the rural Malay voters will flow back to (Barisan) in particular and Malay parties in general,” he said.

Anwar is also facing pressure from some in his own coalition to step down and make way for new leadership after over two decades at the helm.

Asked if this election would be his last, Anwar said he knew his limits.

“Whether I am considered relevant or not in the next few years, that’s for the people to decide,” he said.