Schools in Ontario, Canada to remain shut as strike grinds on | Inquirer News

Schools in Ontario, Canada to remain shut as strike grinds on 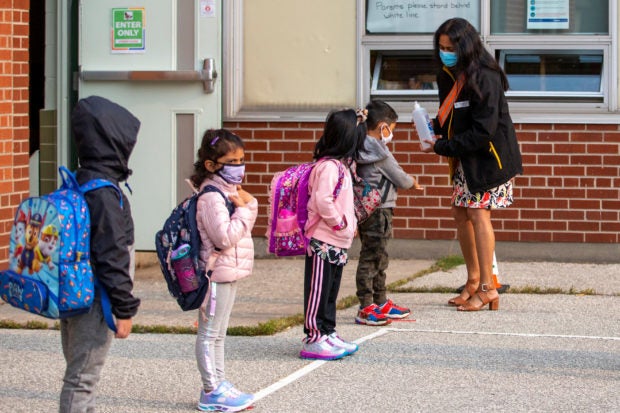 Tens of thousands of striking teachers and education sector employees in the Canadian province of Ontario will be off the job again on Monday, the Canadian Union of Public Employees (CUPE) said on Sunday.

Some 55,000 workers in the education sector in Ontario, the country’s largest province, went on strike on Friday after failing to reach an agreement with the provincial government on better pay and more frontline staff in schools.

The walkout by teachers, educational assistants, secretaries and library workers, forced hundreds of schools to shut.

The Toronto District School Board, which has 247,000 students in 583 schools under its supervision, had previously said that all its schools would be closed while the strike continued.

Ontario Premier Doug Ford’s Progressive Conservative government has rejected the striking CUPE workers’ wage demands as too high, and has passed a controversial law to force a contract on them.

The law includes heavy daily fines on the striking workers. CUPE has said it will fight any fines levied and, if necessary, pay them.