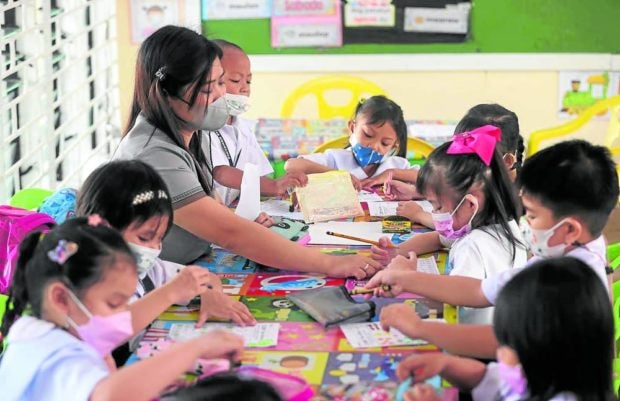 MANILA, Philippines — The Department of Education’s (DepEd) recent directive, which asks teachers and employees not to “disparage” the agency, does not seek to curtail their freedom of expression and speech but only to promote professionalism among their ranks.

DepEd spokesman Atty. Michael Poa on Monday said the recently issued Department Order No. 49 does not bar teachers and employees from airing criticisms and grievances on social media.

It, however,  encourages DepEd employees to raise issues in the agency’s existing “machineries.”

(If they have grievances, we have existing machineries where they can raise their issues. Constructive criticisms are not prohibited.)

“Wala tayong layunin to infringe upon the freedom of expression. Sa atin, all those things under the DO 49 on professionalism are found under Civil Service rules,” Poa added.

(It is not our objective  to infringe upon the freedom of expression. All those things under DO 49 are already found under Civil Service rules.)

Poa further clarified that DepEd is not curtailing its employees’ right to post on social media.

“We are not curtailing their right to post on social media. Ang sinasabi lang natin, bilang civil servants, we really should not disparage our employer, being the government or our department. Pero hindi ibig sabihin niyan that we don’t want to be criticized, ibang bagay naman talaga ‘yun,” he said.

(It doesn’t mean that we don’t want to be criticized. It’s another thing altogether.)

The DepEd official made the remarks after Alliance of Concerned Teachers (ACT) party-list Rep. France Castro slammed the DepEd’s order, saying it obstructs the exercise of basic human rights.

“Why does DepEd feel the need to create such an order that gags and threatens teachers and education support personnel, which treats them as mere creatures only of the school and dehumanizes them preventing them from exercising their right to free speech, expression, to organize and be able to voice out their grievances?” Castro asked.

Poa said the the DepEd is just reiterating and promoting professionalism among teachers and its employees.