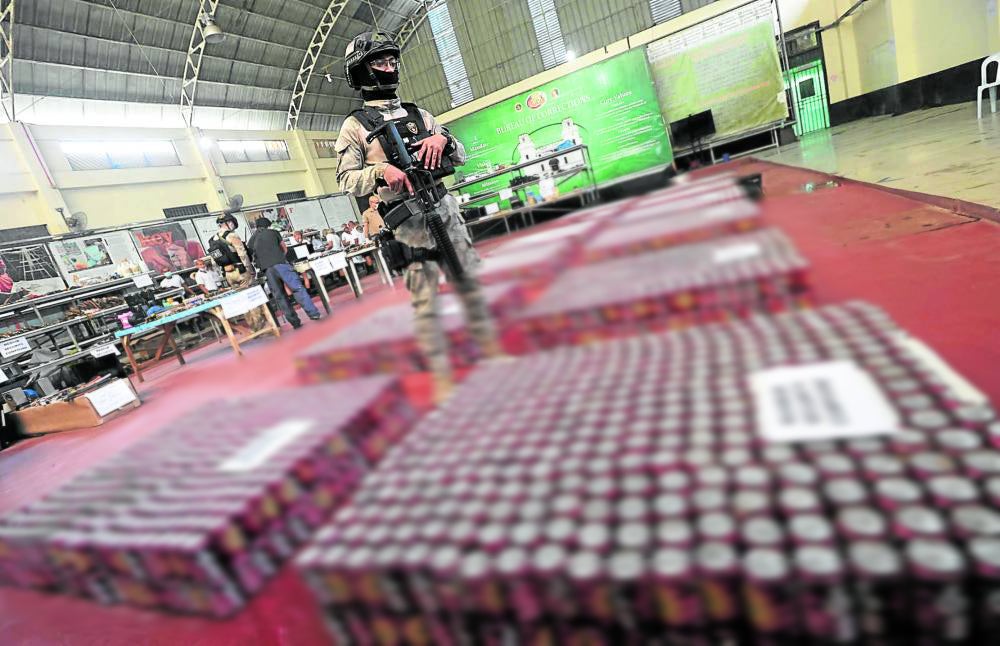 UNDER BANTAG’S NOSE | Last week’s “Oplan Paglilinis’’ yielded some 7,500 cans of beer. The stash of alcoholic beverages — notably of the same brand— was voluntarily surrendered by the different gangs in the national penitentiary. (Photo by MARIANNE BERMUDEZ

MANILA, Philippines — Oktoberfest may be over, but it looks like New Bilibid Prison (NBP) could hold it all year round.

This is because among the contraband found in the national penitentiary, in yet another raid conducted whenever its officials find themselves in hot water, are more than 7,500 cans of beer.

Bureau of Corrections (BuCor) officials on Wednesday said the stash of smuggled alcoholic drinks was among the prohibited items seized from NBP in Muntinlupa City, along with a large number of mobile phones and packets of crystal meth, or “shabu.” BuCor did not provide details regarding the number of gadgets and the volume of the drugs confiscated.

A total of 7,512 cans of beer were surrendered by prison gang leaders serving time at the NBP maximum security compound on Oct. 29, five days after Gregorio Catapang Jr. took over as BuCor officer in charge. 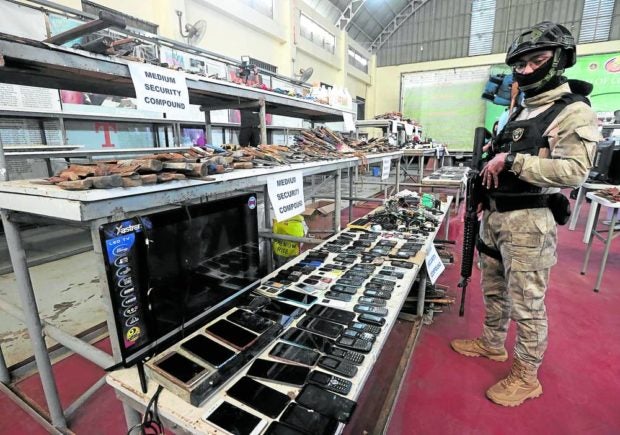 An assortment of cellphones and improvised weapons were among the contraband seized. (Photo by MARIANNE BERMUDEZ / Philippine Daily Inquirer)

Catapang assumed the post following the suspension last month of Gerald Bantag, the bureau’s director general who was appointed during the Duterte administration and on whose watch the contraband had accumulated.

Bantag is one of the “persons of interest’’ being investigated for the Oct. 3 murder of radio broadcaster and vlogger Percival “Percy Lapid” Mabasa.

The prison official was included in the probe after a man who confessed being the assassin implicated an NBP inmate in the Mabasa killing. The inmate allegedly served as the “middleman” who contacted the hired killer about the hit job on behalf of the mastermind, who remained unidentified.

The middleman was suddenly reported to have died “of natural causes” at NBP on Oct. 18, the same day authorities presented the confessed gunman to the media. A second autopsy, however, noted signs of suffocation.

BuCor said a total of 3,270 cans of beer came from members of the Batang City Jail gang, 2,236 from the Happy Go Lucky gang and the rest were from Sigue-Sigue Sputnik. At least 31 more cans were confiscated from BuCor personnel, during a follow-up inspection on Oct. 31. 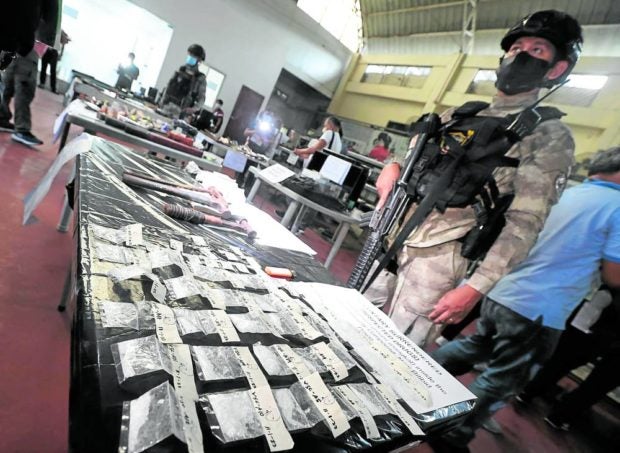 “You might get drunk if you learned how much one of these costs,” Catapang told reporters. “It’s being sold for P1,000 (per can) here. You will really get drunk at that price.”

The beer usually sells for only P50 a can. If added up based on the price cited by Catapang, the total beer haul from NBP would be worth P7.5 million.

“We were also surprised. This is the first time in BuCor history that a volume of beer this large was smuggled under management’s noses. It’s as if you delivered a truckload of beer [for the inmates],” he said.

According to Catapang, some of the inmates had given sworn statements identifying the BuCor personnel involved in the liquor smuggling. He withheld their names, citing the ongoing investigation and the need for clearance from Justice Secretary Jesus Crispin Remulla. BuCor is under the Department of Justice.

Also covered by the probe are some Bureau of Jail Management and Penology (BJMP) personnel who were transferred to BuCor during Bantag’s time. The BJMP is under the interior department.

Asked if Bantag was also being investigated for allowing smuggling to go unchecked, Catapang said “we don’t want to point fingers yet.”

“Why were these contraband items discovered only now? We will investigate so these things will not happen again,” he added.

Aside from the beer, BuCor’s “Oplan Paglilinis” (Cleansing) also yielded some 5,000 other prohibited items—phones, packets of shabu, improvised knives and household appliances.

Catapang pointed out that the inmates or gang leaders surrendered the beer and the other items voluntarily.

“It gladdens me to know that it only takes some persuasion; this means that they are serious about changing their ways,’’ he told reporters. “In fact, I’ve heard some feelers that they want to issue a statement of support for my leadership. This is what gives me courage; it means they have this hope that they will indeed change.’’

Catapang, a retired military general, said he had ordered the superintendents of the six other BuCor prisons and penal farms nationwide to initiate a dialogue with the different gangs for a peaceful surrender of contraband.