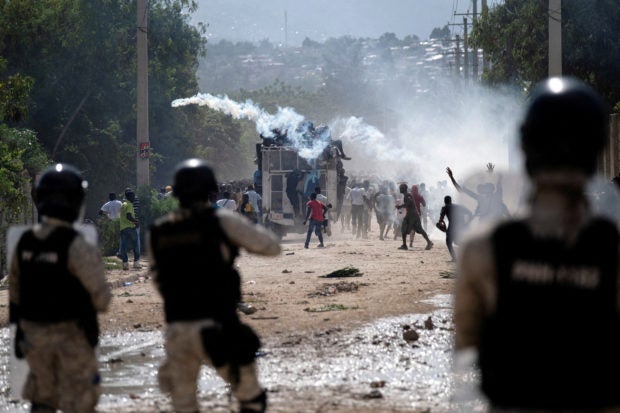 MEXICO CITY — Haitian authorities said Monday they will investigate the death of a journalist who was fatally struck by a tear gas canister at a protest outside a police station, as the country faces growing gang violence and a humanitarian crisis.

Romelson Vilsaint, who worked for a local radio station, was part of a group gathered outside a police unit in the capital Port-au-Prince on Sunday, when officers opened fire.

“Instructions have been given to the General Inspectorate of the PNH (Haitian National Police) to investigate this incident in order to determine the circumstances and to ascertain, if need be, the responsibilities,” Police Chief Frantz Elbe said in a statement.

Elbe said Vilsaint had died in hospital from injuries after being hit by the canister, as law enforcement officers attempted to control a “hostile crowd” approaching the station.

Vilsaint’s radio station, Radio Generation 80, said he had been at the police station alongside other journalists calling for the release of a peer.

Haiti has been consumed by gang violence and civil unrest in recent months, prompting the United Nations to discuss sending in a possible strike force, though it remains unclear who would lead it.

Several journalists have been killed so far this year, with another surviving an assassination attempt earlier this month.