Delhi stops construction as pollution set to worsen from Tuesday 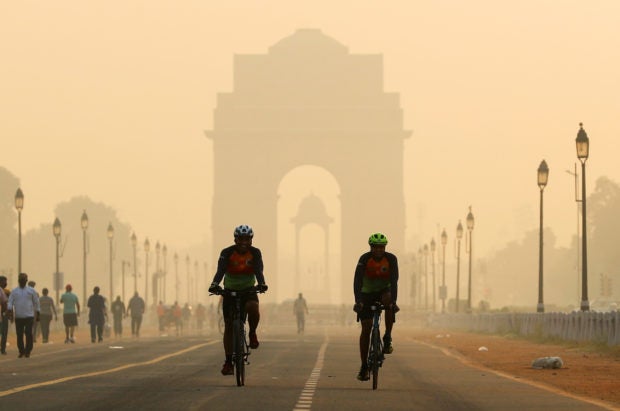 NEW DELHI — Delhi has suspended most construction and demolition activities as air quality in the Indian capital is set to worsen from Tuesday because of calmer winds and other meteorological conditions, a government minister said.

The city of about 20 million, the world’s most polluted capital, turns nearly unbreathable every winter as cold, heavy air traps construction dust, vehicle emissions and smoke from the burning of crop residues in the neighboring states of Haryana and Punjab ahead of the new crop season.

The air quality index (AQI) peaked at 415 in the Anand Vihar area of Delhi on Monday – more than eight times the “good” level, according to the Central Pollution Control Board. A reading of above 400 is considered “severe” that can affect healthy people and seriously impact those with existing illnesses.

“Experts are predicting that wind speed will fall from Nov. 1 and its direction will change,” Delhi’s environment minister, Gopal Rai, told a news conference on Sunday. “Based on that, it is being predicted that the AQI would go beyond 400 into the severe category.”

He did not say when the restrictions could be lifted.

Rai said 586 teams had been formed to monitor construction works and that exemptions would be given to hospitals, railways, airports and other such public activities.

He said 521 machines would sprinkle water across the city to settle dust while nearly 233 anti-smog guns would be deployed.

A silent killer in our midst