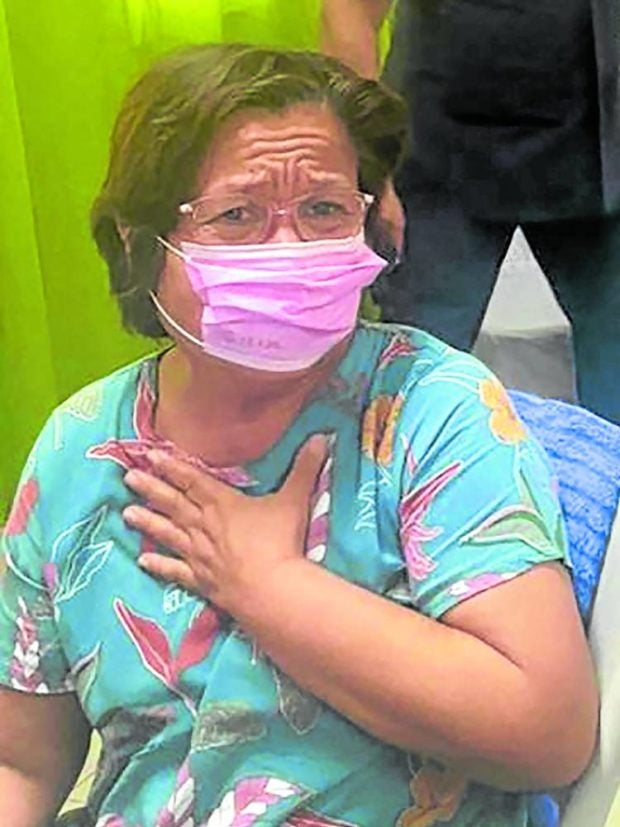 MANILA, Philippines — The legal team of former senator Leila de Lima is hopeful that she can be out on bail by Christmas after a witness affirmed the recantation of his testimonies against her before the court.

After the hearing on Friday, which was attended by De Lima and former Bureau of Corrections (BuCor) officer-in-charge Rafael Ragos, lawyers Tony La Viña and Rico Domingo said they hope the former senator can be freed as the people have already determined that she should be out of jail.

La Viña said Ragos appeared before the court and affirmed that he recanted his testimonies against De Lima.  Ragos last May 2022 admitted that he was merely coerced by former Justice secretary Vitaliano Aguirre II to accuse the former senator of involvement in the drug trade inside the New Bilibid Prison (NBP).

“Masyadong nagtatagal na ito eh, more than five years nang (nakakulong) si senator De Lima [The former senator has been in jail for quite sometime, more than five years].  Ako [Me] I think the people have already determined that she has to be freed at this juncture, immediately, hopefully before Christmas,” Domingo added.

La Viña also assured that the presiding judge was very fair in handling the case, noting that de Lima’s supporters should trust the judicial process.

“The judge was actually very fair in today’s proceedings, very well so we’ll have to trust the judge that he will make the right decision,” he added.

De Lima has been incarcerated at the Philippine National Police (PNP) Custodial Center in Camp Crame for over five years now, after being accused of involvement in — and profiteering from — the drug trade within the NBP.

This supposedly happened while De Lima was Justice secretary under the administration of former president Benigno Aquino III.

NBP is managed by the BuCor, which in turn is an attached agency of the Department of Justice.

However, De Lima, a staunch critic of the past administration, claimed that she is a political prisoner and was merely detained for initiating probes on the war against illegal drugs of former president Rodrigo Duterte.  The ex-president however said it was de Lima who made the world believe she was a prisoner of conscience.

Calls for de Lima’s release mounted recently after a detainee inside the Custodial Center took her hostage after police foiled his plan to escape the facility.  De Lima was unharmed, but she was hospitalized due to chest pains.