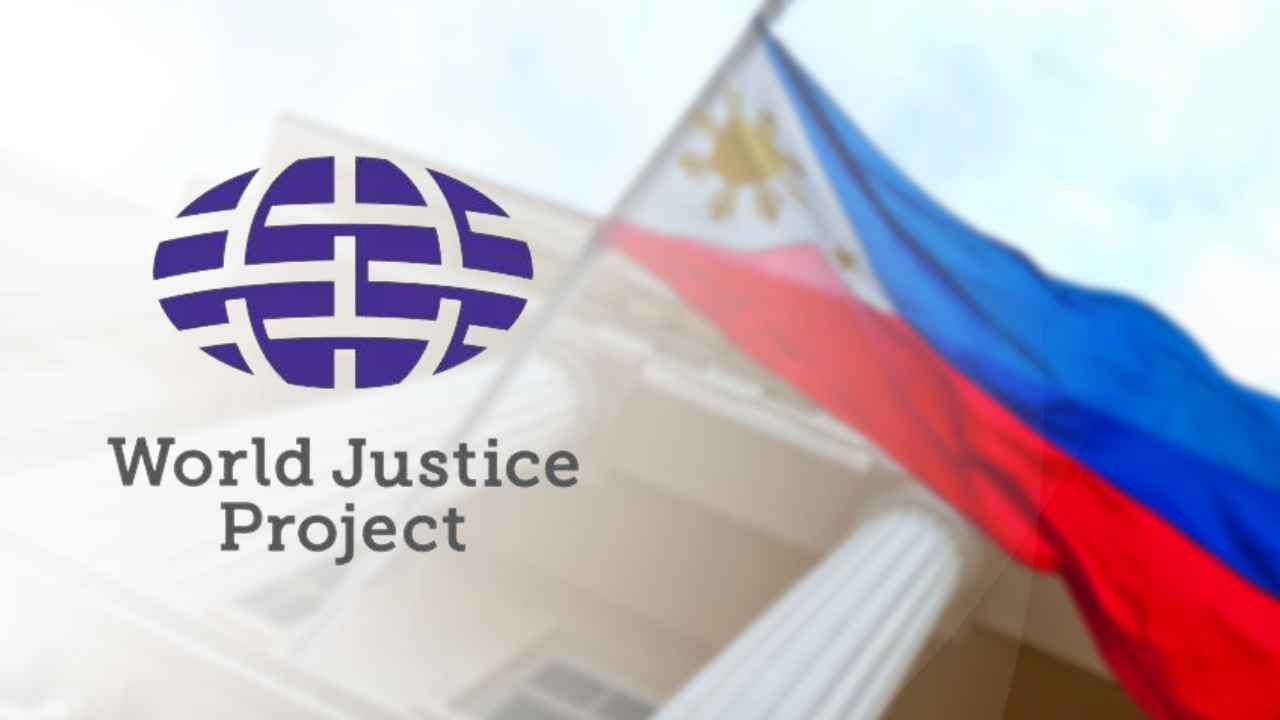 MANILA, Philippines — The Philippines landed on the 97th spot among 140 countries on the rule of law performance, climbing from its previous standing at 102nd place in 2021, according to the World Justice Project (WJP) Rule of Law Index 2022.

The WJP, an independent and multidisciplinary organization, released Wednesday the annual report, which assesses the rule of law through over 150,000 household surveys and 3,600 legal practitioner and expert surveys.

With a score of 0.47 on the rule of law index, the Philippines improved from its previous year’s score of 0.46.

The WJP framework for the rule of law covers eight factors:

According to the WJP, the rule of law weakened globally for the fifth year in a row, with a decline seen in 61 percent of the countries.

The WJP further detailed that checks on government powers, including oversight by the judiciary, legislature, and media, dipped in 58 percent of the countries.
“More countries have declined than improved in this factor since 2017,” it added.

Respect for fundamental rights continued on a downward trend observed among the countries since 2015, with 66 percent of the nations worsening regarding this criteria this year.

In a statement on Thursday, the Philippine National Police (PNP) welcomed the country’s improved ranking in the global rule of law index.

“The Philippines’ improvement in ‘order and security’ parameters as noted by WJP in its 2022 Rule of Law Index is a fair statement and objective acknowledgment of the initiatives of the national institution in upholding the rule of law in its enforcement, prosecution, judiciary, corrections and community pillars of the criminal justice system,” PNP chief Gen. Rodolfo Azurin Jr. said.

The country’s top cop noted that the PNP takes pride in its efforts to reform its systems and procedures to the “ever-changing demand for better police service to the communities.”

“Law enforcement, to become effective, must be founded on respect for human rights and the rule of law,” he added.

Azurin thanked all police officers and other stakeholders who have contributed to achieving the latest rule of law ranking, which he referred to as a milestone for the Philippines. – with reports from Irish Perez, INQUIRER.net trainee