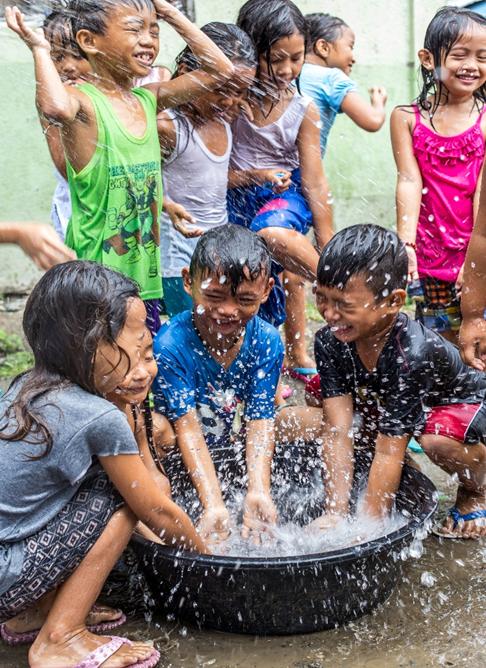 MANILA, Philippines — Launched in 1998, the program “Tubig Para Sa Barangay” (TPSB) or Water for the Community is still Manila Water’s flagship program that is designed to provide access to a safe and reliable water supply to urban poor communities in eastern Metro Manila and Rizal province.

Besides the provision of 24/7 water supply, the TPSB program has weeded out illegal connections which were very rampant prior to the takeover of Manila Water of the operations of MWSS pre-privatization.

Prime Rose Romano, a long-time resident of Bgy. Addition Hills in Mandaluyong City recalls the time her family would queue until wee hours of the morning just to fill up their jerrycans from a distant shallow well where the quality of water is not even sure if it is safe for drinking.

“I vividly recall we spent considerable time just lining up for water to fill up our pails from an artesian well located a kilometer away from our house,” Romano said. “I also remembered that we spent a lot of money buying water from water vendors at about 25 to 30 pesos per drum. But things have changed now. Ever since we became beneficiaries of Manila Water’s Tubig Para Sa Barangay program. We never had problems anymore. We have uninterrupted service. We can bathe as many times as we want to and do daily laundry, a far cry before the project was implemented in our area.”

“When we started in 1997, we made a thorough assessment why we had a high level of non-revenue water which at that time stood at 63%. We found out that we not only lost a lot of water due to leaks from old pipes but also because there were a lot of illegal and spaghetti connections particularly in informal settlements because they had no access to legal water connections,” Sevilla recalled.

“Because of this, we devised different schemes to be able to provide legal water service connections to these communities. We assisted in community organization so we can introduce an individualization program if the community is qualified. If not, we have clustered or street metering or bulk scheme just so these informal settlements can have direct legal connections to Manila Water.”

“The TPSB program did not only address the problem of illegal connections, but it has also been very instrumental in improving the quality of life of our customers particularly those at the so-called bottom-of-the-pyramid who now have access to uninterrupted potable water supply,” he added.