Classes suspended in 3 Quezon towns due to bad weather 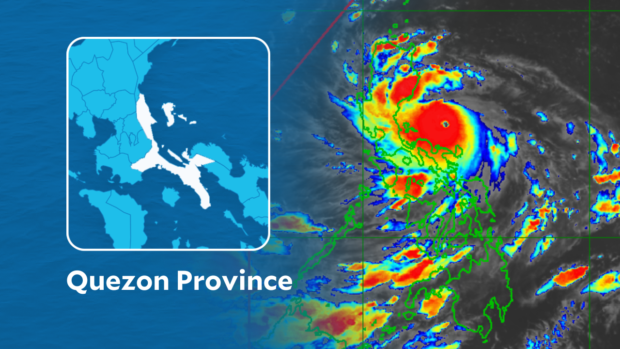 LUCENA CITY — The local governments of Infanta, General Nakar, and Patnanungan in the northern part of Quezon province Wednesday suspended classes at all levels in public and private schools due to continuous rains brought by the shear line affecting Southern Luzon.

Gov. Angelina Tan advised the public and the local disaster risk reduction and management offices in the areas affected to continue monitoring the weather status.

The authorities in Infanta and neighboring General Nakar towns have also been monitoring since Tuesday, Oct. 25, the water level on the Agos River, which flows between their localities.

The local officials warned the residents of possible evacuation if the water reached a dangerous level.

In November 2004, at the height of continuous rains brought by three successive typhoons, the Agos River overflowed, inundating the towns with mud and water.

The raging water brought along huge logs and other forest debris cascading from the Sierra Madre where the river originates.

More than 900 people died in the flash flood in Infanta. The fatalities in General Nakar reached several hundreds, including more than 100 Agta tribal members.

The Philippine Atmospheric, Geophysical and Astronomical Services Administration (Pagasa), in its 3 a.m. weather bulletin, predicted that Metro Manila, Calabarzon, and Bicol regions, Mindoro provinces, Marinduque, and Romblon would have cloudy skies with scattered rain showers and thunderstorms due to the shear line and the northeast monsoon, locally known as “amihan.”

The agency also warned of possible flash floods or landslides due to moderate to at times heavy rains.