Colombian devoted to 'One Hundred Years of Solitude' | Inquirer News

Colombian devoted to ‘One Hundred Years of Solitude’ 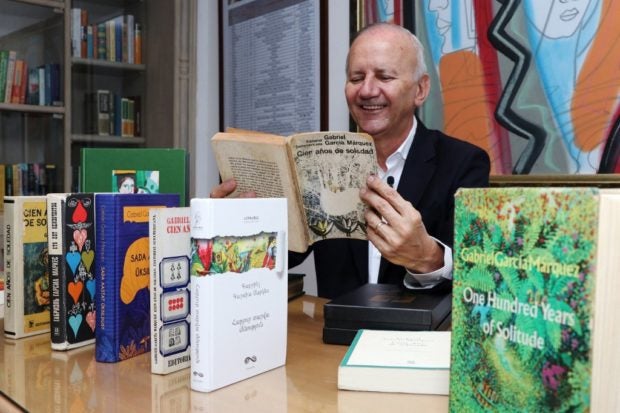 Colombian collector Jorge Salazar holds a Spanish edition of “One Hundred Years of Solitude,” by Colombian Nobel Prize in Literature Gabriel Garcia Marquez, during an interview with AFP at his house in Armenia, Quindio department, Colombia, on October 23, 2022. (Photo by Jolmes Cardona / AFP)

Salazar has 379 editions of Garcia Marquez’s masterpiece in nearly 50 languages, including a first edition printed in 1967: “my favorite.”

The 59-year-old civil engineer said when he was first made to read the book as a school kid, he did not enjoy it.

Many years later, “I discovered ‘One Hundred Years of Solitude,’ I started to read it, and I loved it. As soon as I finished it, I read it again.” 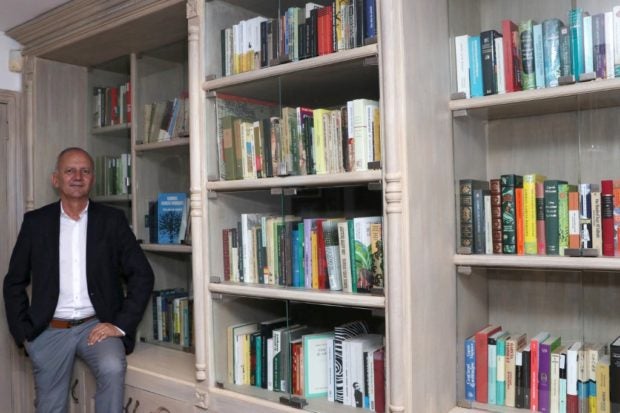 Colombian collector Jorge Salazar poses next to his bookshelf full of international editions of “One Hundred Years of Solitude,” by Colombian Nobel Prize in Literature Gabriel Garcia Marquez, during an interview with AFP at his house in Armenia, Quindio department, Colombia, on October 23, 2022. (Photo by Jolmes Cardona / AFP)

So started a passion that has culminated in a private library at his home in the city of Armenia in western Colombia.

Salazar, who claims to own the largest collection of “One Hundred Years of Solitude” in the world, has copies in Tamil, Armenian, Azeri and 45 other languages.

Among his prize copies: a pirate one dedicated by Garcia Marquez in China to an unofficial translator he dubbed “the greatest pirate in the world.”

“The most recent book I acquired was in the language of the Faroe Islands. For me, it is impressive that on such a remote island they have ‘One Hundred Years of Solitude’ in their own language,” Salazar said.

Excellent for all ages: The best reads for 2022