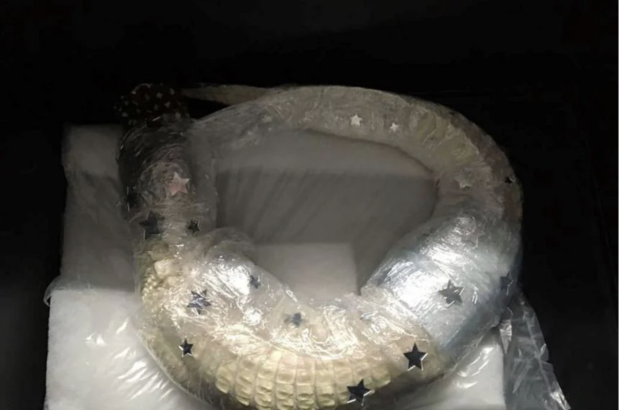 SINGAPORE — While checking the luggage of a man traveling from Germany to Singapore, security officers at Munich Airport saw an unusual image on the X-ray scanner.

They immediately informed Customs officers, who opened the suitcase and found a live albino alligator wrapped in cling film.

Proceedings are being initiated against the 42-year-old man for the alleged offense that took place on Sept 25, said Munich’s main Customs office in a statement on Oct 13.

After the alligator was discovered, the Customs officers and a veterinarian freed the animal. It received treatment and is currently being kept and cared for at a reptile sanctuary.

A spokesman for the Munich Customs investigation office, which is probing the case, told The Straits Times that the man’s final destination was Singapore.

According to media reports, he is American.

When asked if the office is aware of the man’s intentions in Singapore, and if anyone here has been arrested in connection with the case, the spokesman said: “As the investigation stands, there is no information about the intention of smuggling the alligator into Singapore. 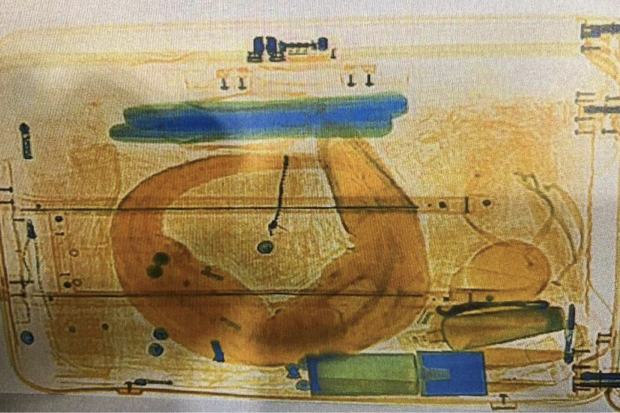 An X-ray scanner image of the alligator in the suitcase. PHOTO: MAIN CUSTOMS OFFICE MUNICH via The Straits Times/Asia News Network

“Furthermore, there is no information about possible offenders in Singapore. The investigation will continue.”

Ms Anbarasi Boopal, deputy chief executive of the Animal Concerns Research and Education Society, said smugglers move rare animals like the albino alligator as they can fetch a high price.

She added that based on reports, the reptile can fetch anywhere from $20,000 to $2 million in the market.

“The sad reality of the illegal wildlife trade is that the rarer the animal, the higher the returns for such traffickers, in turn pushing (the animals) even closer to extinction,” she said.

Wild animals are generally not allowed to be kept as pets here because of risks such as the possibility of them carrying diseases and the threat that they pose to Singapore’s native biodiversity if released in the wild.

Dr Adrian Loo, group director of wildlife management at the National Parks Board, said the statutory board regulates and monitors physical and online marketplaces.

It also conducts regular raids and works with partner agencies to screen and scan shipments and people passing through Singapore’s checkpoints.

He said a raid was conducted in September on eight people suspected of selling wildlife species through social media platforms such as Telegram.

Over 50 wildlife specimens were seized – including species such as the green iguana, leopard gecko, axolotl (a type of salamander), scorpions and tarantulas.

Under the Endangered Species (Import and Export) Act, those found guilty of possessing Cites-scheduled species in transit in Singapore without a valid Cites permit face a fine of up to $50,000 per scheduled species (not exceeding a total of $500,000) and/or up to two years in jail.

A Mandai Wildlife Group spokesman said the group works closely with the authorities in treating and rehabilitating rescued wild animals, some of which are from the illegal wildlife trade.

“Often, animals from the illegal trade are severely compromised due to poor collecting, housing and transport conditions,” she said.

“Animals from the illegal pet trade present poor health due to a lack of knowledge, resources or expertise by owners to provide for the animals properly.”