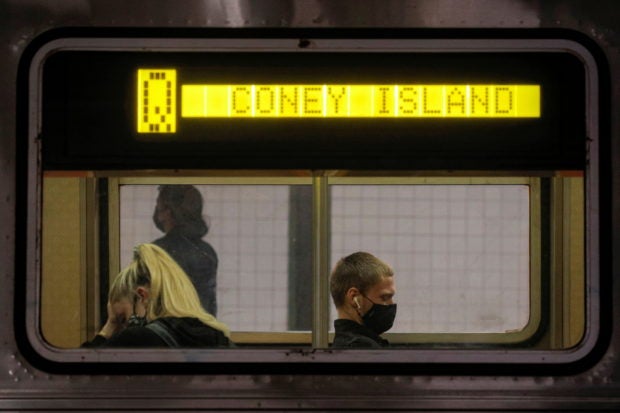 A 20-year-old man was killed on Monday after his clothes caught in a New York City subway car, which dragged him onto the tracks in front of an oncoming train, police said, the latest grim episode in the nation’s largest transit system.

The victim’s harrowing death comes just three days after David Martin, 32, was shoved in front of a train on Friday, seemingly at random, suffering a broken collar bone. A convicted felon identified as Lamale McRae, 41, was arrested on Monday in that attack.

Last week a 26-year-old man sustained injuries to his legs after he was pushed in front of a train, also apparently at random, allegedly by a homeless man who was later taken into custody.

The violence in New York City’s subways has left residents on edge amid a surge in crime.

“We’re all fighting for our city but there’s more work to do. That’s why we’re investing in mental health services, more officers in the subways, and more affordable housing,” Adams, who has been sharply criticized over his response to the subway attacks, said on Twitter on Sunday.

In January, 40-year-old Michelle Go was killed after she was pushed in front of a train at the Times Square Station. Her murder was seen as part of a surge in hate crimes against Asian Americans in New York and other major cities.

On April 12, a gunman set off smoke bombs and opened fire in a subway car, wounding more than 20 people. A suspect was taken into custody the following day.

The Metropolitan Transportation Authority has said it would install cameras in all New York City subway cars at a cost of some $3.5 million.

New York to install security cameras on every subway car