As millions wait for their Nat’l IDs, some get 2 or more | Inquirer News

As millions wait for their Nat’l IDs, some get 2 or more 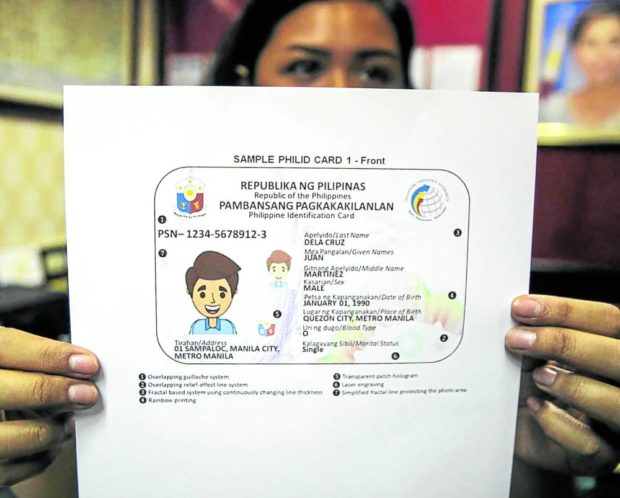 MANILA, Philippines—While millions of Filipinos are still waiting for their PhilID, or National ID, cards to be delivered, with some even complaining about printout ePhilIDs, some have already received two or more cards.

The Philippine Statistics Authority (PSA) said on Friday (Oct. 21) that as of last week, 74.2 million Filipinos have registered for the Philippine Identification System (PhilSys), with 22.5 million cards already “dispatched.”

It said out of the 22.5 million PhilID cards that have been sent to the Philippine Postal Corporation (PhilPost), 17.6 million, or 78.2 percent, have already been delivered to registrants all over the Philippines as of Oct. 14.

The PhilID, which is the main component of the PhilSys, was said to be delivered within six months, but now, because of the continuing struggle to produce PVC cards, the PSA has decided to issue a printable version.

Dennis Mapa, national statistician and civil registrar general, said the printed ePhilIDs will be issued in PhilSys registration centers, but stressed that Filipinos who registered will still receive their PVC cards even if they have claimed their printout ePhilIDs.

He explained that there was a delay in the printing of the PVC PhilID cards because the PSA did not expect the high volume of registrants, saying that the 74.2 million already represents 98.7 percent of Filipinos who are 15 years and older.

However, only about 51.2 million identities had been through backend verification, while only 45 million “unique” 12-digit PhilSys numbers have been created. Mapa said because of this, “we have a backlog of about 29 million.”

“The exceptional pace of meeting the registration target created a substantial gap among the accomplishment rates of the registration which is moving very fast, the backend identity verification, and subsequently the delivery of the PhilIDs,” he said.

But what about those who received two or more cards?

Take the case of Francisca Corbe, who registered for the PhilSys in 2021. This year, she finally received her PhilID, but months later, she received two more from a barangay worker who was assigned to bring the credentials to her. 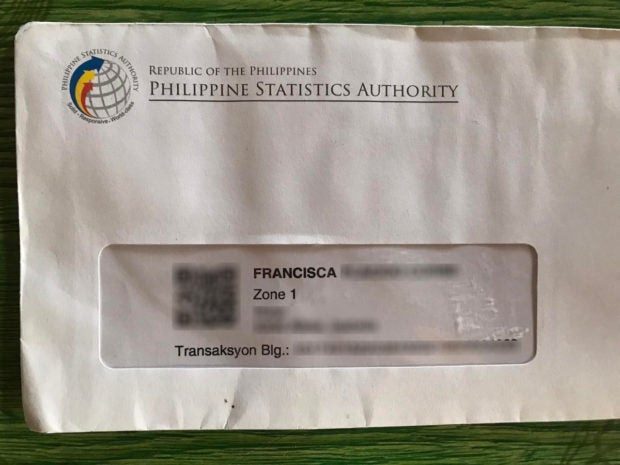 ASKED TO RETURN. An envelope that is yet to be opened contains the third PhilID of Francisca Corbe which, the local PhilPost office said, should be returned. PHOTO BY KURT DELA PENA

(I was shocked when the second and third PhilIDs were given to me. I said, I already received my PhilID before. Why are there two more? It is already a lot. Where will I use that?)

As stated by the barangay worker who handed the PhilIDs to Esmeralda, the local PhilPost office later instructed them to return the excess credentials. “Ibalik daw namin doon sa opisina nila (We were told that we should return it to their office),” she said. 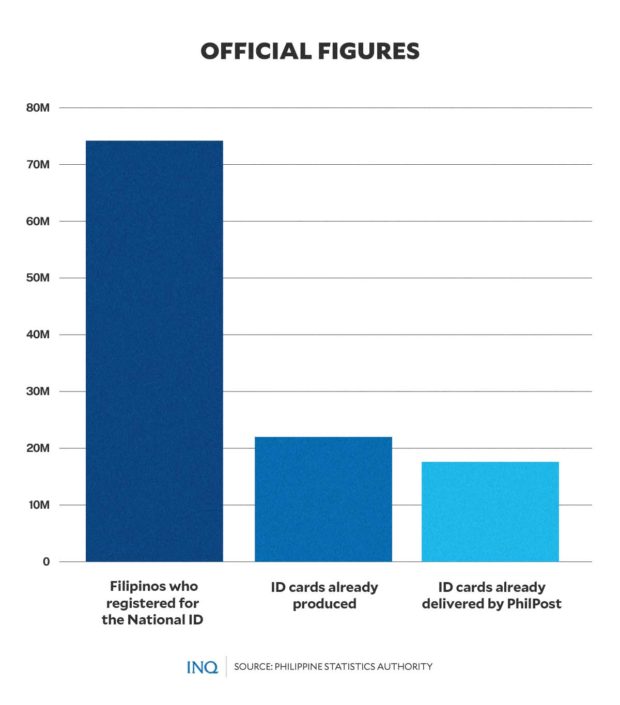 Leonida (not her real name) experienced the same, saying that she likewise received two more PhilIDs: “Akala ko nga nagkamali lang pero noong tiningnan ko, sa akin talaga (I thought they made a mistake but when I looked at it, it was really mine).” 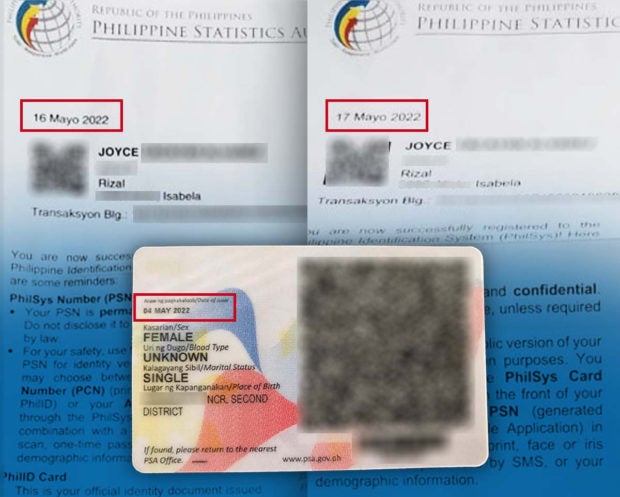 INQUIRER.net has reached out to the PSA for comment but has yet to receive a response from PhilSys Registry Office director Fred Sollesta, who is also the OIC deputy national statistician. 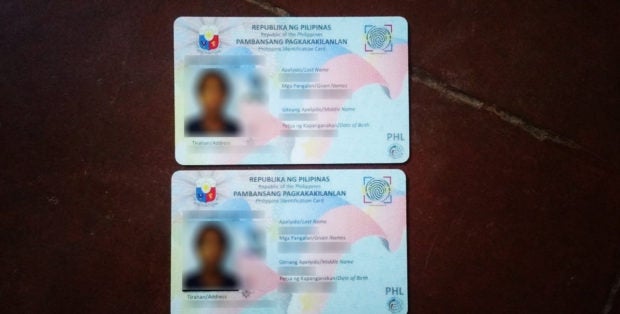 MORE THAN ONE. Two of the three PhilIDs received by Angelo (not his real name) this year. CONTRIBUTED PHOTO

It was last Aug. 6, 2018 when then President Rodrigo Duterte signed Republic Act (RA) No. 11055, or the PhilSys Act, to establish a single national identification system for all Filipinos.

While there was widespread opposition to the system because of privacy concerns and how the government would handle the personal data of Filipinos, the PSA stressed the significance of registering for a PhilID.

This, as the PhilID, which is a non-transferable card issued upon successful registration to the PhilSys, was expected to pave the way for streamlined information of an individual.

The PSA stressed that with the card, there will be no need to present other IDs when transacting with government and private entities such as the Government Service Insurance System and the Philippine Health Insurance Corp.

It was stressed by the PSA then that the verification will be speedy and the PhilSys Act guarantees a fool-proof and highly secure process of identification once the system takes effect. 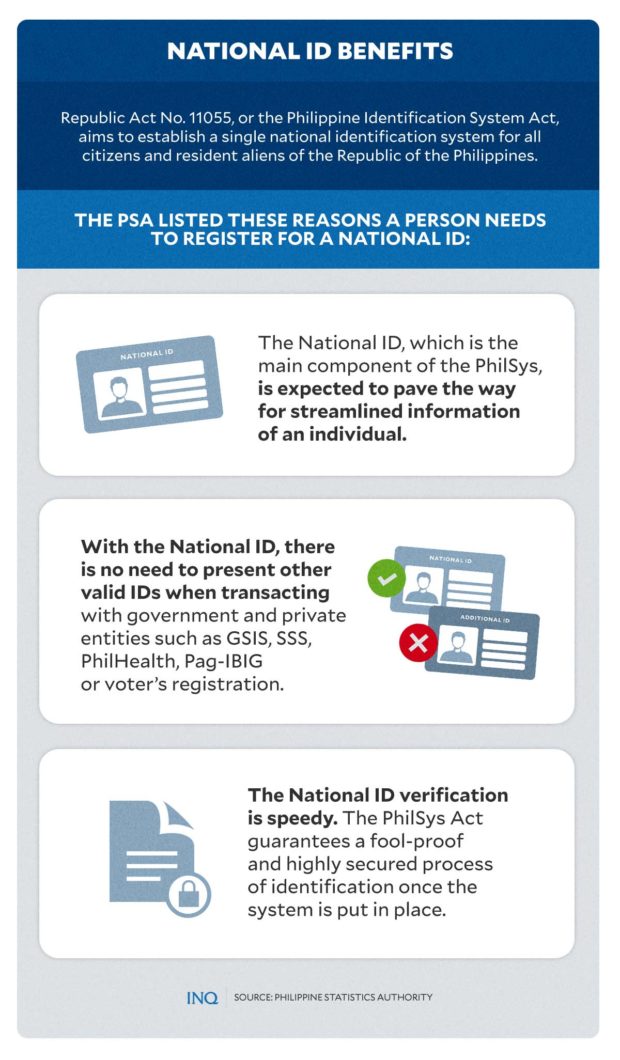 However, four years after the enactment of RA No. 11055, the government has not yet completed the issuance of cards, the reason that President Ferdinand Marcos Jr. himself ordered the immediate release of PhilIDs this year.

Sollesta explained that “when we started this project, it was supposed to be a five-year project, but in the time of President Rodrigo Duterte, he wanted us to register 70 million Filipinos by the end of his term.”

“The PSA did that. But the card production design was really set for five years. So that’s the challenge—there was a choke point because there was an imbalance in the registration and processing,” he said.

As stated by the National Economic Development Authority (Neda), the PhilID was expected to simplify public and private transactions, and shall be a social and economic platform that promotes seamless delivery of social services.

But because of an “inefficient, delayed and faulty” rollout, as stressed by Rep. Bernadette Herrera-Dy (Bagong Henerasyon), it was not used for the expedient distribution of basic social services, especially in the time of health and economic crises. 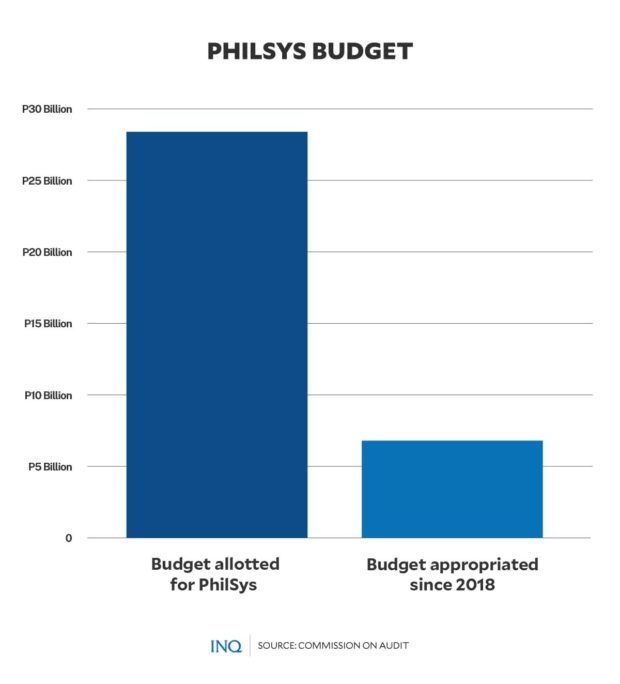 This was the reason that she filed House Resolution No. 471 to investigate the inefficiencies in the implementation of the PhilSys, saying that the Bangko Sentral ng Pilipinas (BSP), Neda, and PSA must be taken to account.

“It is thus imperative that a formal investigation on the proximate causes of these delays, substandard printing, and even the reported hacking be conducted immediately,” said Herrera.

She stressed in the resolution that an accountability mechanism must be established to allow a closer look into what went wrong, or what may still be improved, in the implementation of the national ID system.

“It is thus worth exploring if the current leadership of the PSA should be replaced due to these inefficiencies pointed out in the implementation of the National ID System,” Herrera said.

Likewise, as stated by COA, out of the total P28.4 billion allotted for the PhilSys project, only P6.8 billion has been appropriated since 2018.

Sollesta, however, stressed that the PSA has committed to working with the BSP to produce more IDs, including the printout, which a registrant is expected to laminate herself, by the end of the year.

RELATED STORY: PhilSys IDs may be done by December

“The PSA has committed to produce about 50 million credentials by the end of 2022. This is a combination of the physical cards produced by BSP and the e-PhilID, the digital version but in printed copy that complements the physical ID—around 20 million of that.” 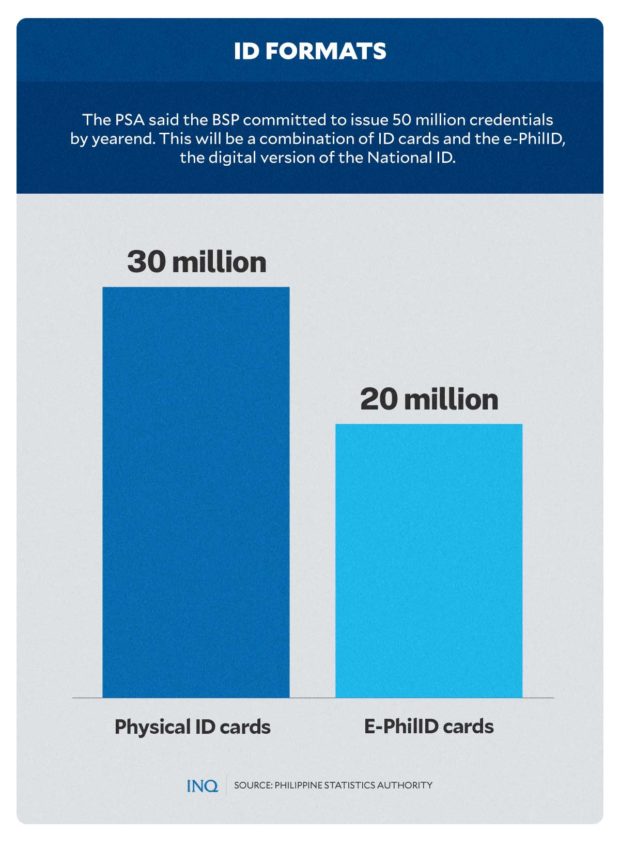 Mapa said the PSA introduced the ePhilID, which can be printed at the PSA’s registration centers, as a “proactive strategy that will allow more Filipinos to immediately enjoy the benefits of being PhilSys registered.”

“The issuance of printed ePhilID is to complement the delivery of the physical cards from the printing facilities of the BSP so that the registered person can immediately utilize the benefits of the PhilSys such as faster and seamless transaction in accessing financial and social protection services requiring proof of identity subject to authentication.”

But this did not sit well with some Filipinos, like Justinne Punsalang, who waited more than 10 months “for a piece of paper” that she was then expected to cut and laminate herself.

As of last week, Oct. 20, 385,657 paper IDs were already claimed. The PSA has also pre-generated close to 2 million printed IDs in preparation for the expansion rollout.

The PSA explained that the printed digital version of the PhilID contains features such as the actual national ID, such as the front face photo, demographic information, PhilSys number, and a unique QR code that can be scanned for authentication.