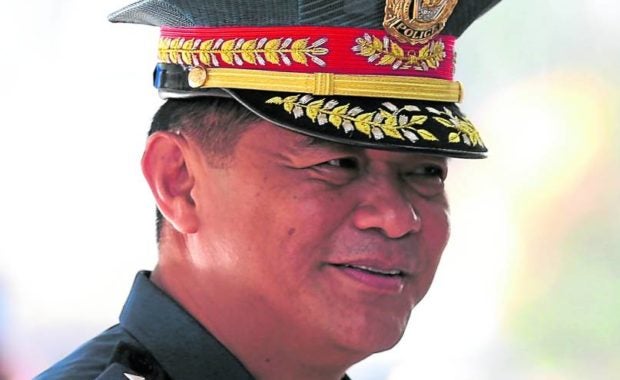 MANILA, Philippines — The Department of Health (DOH) on Sunday confirmed the appointment of former Philippine National Police chief Gen. Camilo Cascolan as one of the agency’s undersecretaries.

In a statement, the DOH said it received the appointment papers of Cascolan and of lawyer Charade Mercado-Grande, who serves as assistant secretary.

The DOH said it would provide more details about the new appointments as soon as available.

Cascolan, who took over the position of Roger Tong-an as undersecretary for the DOH, served as PNP chief from September 2020 to November 2020.After his brief stint at the PNP, Cascolan retired from the police force, but was appointed by former President Rodrigo Duterte as an undersecretary at the Office of the President in February last year.

In a statement, the Alliance of Health Workers (AHW) strongly denounced the appointment of Cascolan and said it shows President Ferdinand Marcos Jr.’S lack of concern for the lives, health, safety, and welfare of the health workers and Filipinos in general.

“Cascolan’s appointment is a huge insult to our health experts, who are most qualified to administer and run the affairs of the DOH,” AHW said.

The group cited Cascolan’s role in the Duterte administration’s “Oplan Tokhang,” which resulted in the officially acknowledged killing of more than 6,000 in supposed police operations.

Cascolan was also among those who drafted PNP’s “Oplan Double Barrel,” which consists of “Oplan High-Value Target” where police go after “big fish” drug lords and Oplan Tokhang where police knock on homes to find drug suspects.

“Health workers want to work with a health undersecretary, who is an expert in eradicating deadly and infectious diseases, not an expert in violating human rights and extrajudicial killings,” AHW said.

The group said a health secretary should be one “who is determined to protect and defend the health workers against discrimination, intimidation, and violence, including cases of Red-tagging and killings; one who values the justness of the health workers’ call for a salary increase, better benefits and humane working conditions; and a DOH chief that will prioritize the people’s health more than anything.”