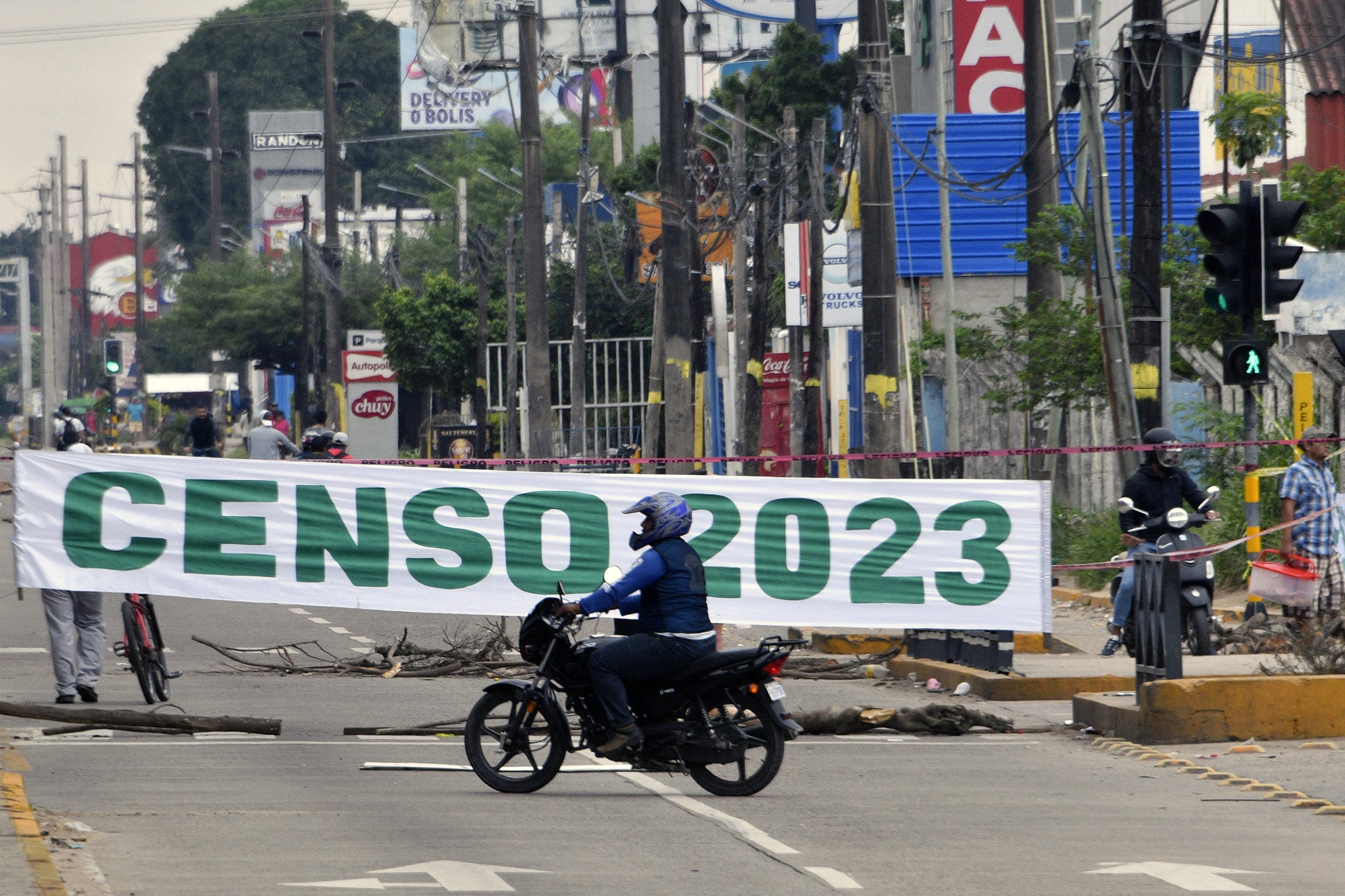 A motorcyclist rides through a blocked street during an indefinite strike called by trade unions opposed to the government of Bolivian President Luis Arce in Santa Cruz, Bolivia, on October 22, 2022. – Bolivia’s opposition-ruled department of Santa Cruz, the country’s economic powerhouse, came to a standstill on Saturday at the start of an indefinite protest to demand that the leftist government of President Luis Arce bring forward by one year a population census set for 2024. (Photo by AIZAR RALDES / AFP)

The protests were part of a strike called in Santa Cruz.

Skirmishes broke out starting early in the morning as government backers and detractors came out armed with stones, sticks and explosives in Puerto Quijarro, a city of some 20,000 bordering Brazil, according to images broadcast on social media.

A man who was trying to stop anti-government protestors from blocking a bridge in Puerto Quijarro was reportedly attacked with sticks and admitted to a city hospital, where he died.

“We condemn the violence exercised during a civic strike that caused the irreparable loss of a human life in Puerto Quijarro,” said leftist President Luis Arce.

Though the census is scheduled to be taken in 2024, some want it brought forward to next year, so that the booming Santa Cruz area’s influence in the legislature will be reflected sooner.

The conservative-leaning lowland city of two million residents has a bustling business core and farming on the outskirts, in contrast to the dry Andean highland city of La Paz, the country’s seat of government, which is heavily influenced by Quechua and Aymara Indigenous people.

Many streets in Santa Cruz — usually packed — were blocked off and empty Saturday.