K-drama ban won't be good; use South Korea's method as a model instead – solon | Inquirer News

K-drama ban won’t be good; use South Korea’s method as a model instead – solon 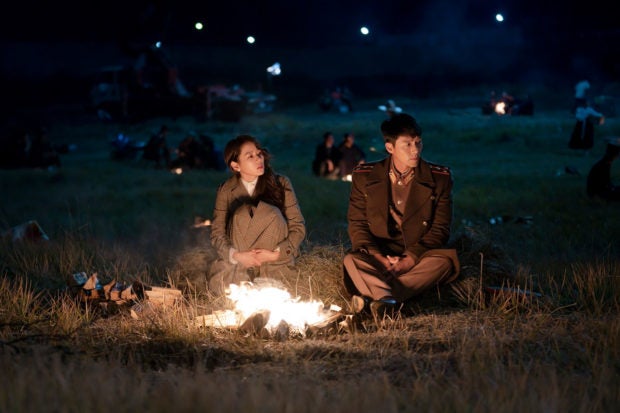 This undated handout picture provided on February 13, 2020, by South Korean cable television network TVN in Seoul shows a scene from the TV drama series “Crash Landing on You.” (tvN/AFP/File)

MANILA, Philippines — Instead of banning Korean dramas or K-dramas for their massive popularity in the country,  why not just copy the system that allowed South Korea’s entertainment industry to flourish?

Rep. Joey Salceda of the 2nd District in Albay argues that the country should take a page out of South Korea’s playbook and consider banning Korean dramas to highlight the work of Filipino actors and artists.

Salceda, who also chairs the House ways and means committee, pointed out that the Philippine government needs to invest in a “creatives ecosystem” like in South Korea. He stressed that K-dramas are simply good and that South Korea has devised a strong economic recovery program by investing in its culture as a product.

“It’s not just that K-drama and K-pop, in general, is good. It’s that investing in K-culture was one of the best economic recovery strategies ever devised by any country in modern history. After the Asian Financial Crisis of 1997, Korea decided that its cultural exports were a way to earn dollars and achieve economic success. They were exceptionally correct,” the economist-lawmaker said.

“Instead of banning K-pop and K-drama, let’s copy the economic strategies that led to its rise,” he added.

“Our content can and should be original. But our economic strategies don’t have to be. Let’s copy that strategy,” he continued.

Salceda’s comments came after Senator Jinggoy Estrada, during a Senate hearing on the projected 2023 budget of the Film Development Council of the Philippines (FDCP), said he thought about banning K-dramas because Filipinos seem to love them more than locals.

As a result of K-dramas being aired in the Philippines, Estrada said Filipinos have admired and patronized Korean actors and idols – and asked what the FDCP is doing to get Filipinos to support local artists.

Estrada’s comments were met with outrage from internet users, many of whom are fans of Korean dramas and cultural professionals, who said that the local entertainment industry should improve its own offerings rather than criticizing those of its Asian counterpart.

The banning of foreign dramas in the Philippines is just crazy as it sounds. Why not help the local film industry…

But Salceda said he had been pressing the House leadership to look at the creatives industry more seriously as a source of money to fuel economic recovery in the country long before the subject of banning K-dramas arose.

He said this was one of the factors that led to the creation of a special committee on the creative economy.

“In March 2020, I recommended to the House leadership that we take seriously the creatives sector as a source of economic growth and recovery. It already represents 3% of global GDP, and could represent as much as 10% within the decade. So, there’s plenty of potential here,” he said.

The legislator went on to say that international cooperation on creative projects was another method to help the Philippines’ entertainment industry thrive, and that bans were usually counterproductive because people would only pay for high-quality content.

“And cultural exchange is important. K-pop borrows heavily from American and Swedish production companies. We should encourage our local creatives companies to work with international companies, to get a better sense of what the world demands and to upgrade our own capacities,” Salceda said.

“In almost all things, import bans don’t work. The world is willing to pay big money for good content. Let’s do better,” he added.