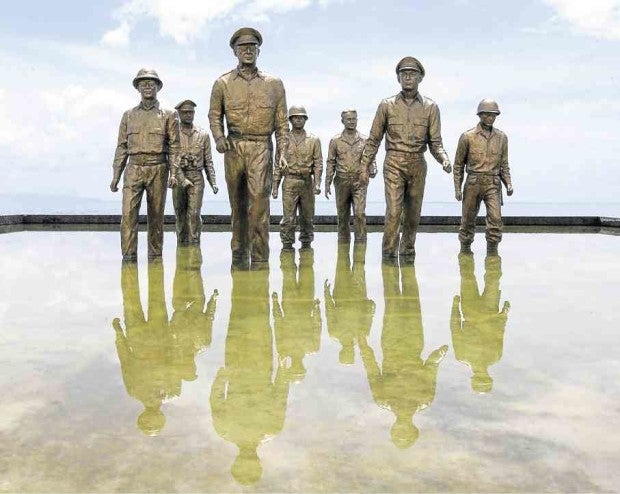 “This government will always continue to look after the welfare of our war veterans. For as we commemorate on this hollow ground sanctified by the blood, the life, and the sacrifices of our brave veterans, we cannot allow our memories to lapse,” he said.

“As your President, you must be assured that this administration will always advocate for peace and for unity. Domestically, we will strengthen our peace-building efforts, especially in conflict-affected areas. Externally, we will continue to pursue the enhancement of our relations with all our neighbors towards ensuring security, addressing global issues, and facilitating post-pandemic growth, addressing climate change, and all the existential challenges that our country faces,” he added.

War veteran Alfredo Matobato, 94, was elated after he learned that war veterans will not be forgotten.

Matobato, who spoke through his son Renato as he now has hearing difficulties, said people should not forget their exploits in helping liberate the Philippines from foreign invaders, notably, the Japanese forces.

“I am really happy that they (the government) have not forgotten what happened 78 years ago,” he said.

Matobato, along with 29 others, were among the living veterans from Eastern Visayas who attended this year’s Leyte Gulf Landings.

All 30 war veterans from the region earlier received P15,000 each from the provincial government as well as the United States Congressional gold medal, considered the highest civilian honors given by the US Congress.

Leyte Gov. Leopoldo Petilla said commemorating the heroism of the war veterans should not only happen during the Leyte Gulf Landings anniversary.

He said he plans to have the living veterans recount their experiences during the war and put these recordings in a museum he wants to establish.

This way, Petilla said, the generations will forever remember their heroism to come.

For her part, United States Ambassador to the Philippines MaryKay Carlson said they were grateful for the “deep service” of the Filipino veterans.

“To the veterans and their family members who are present today, I extend to you on behalf of the U.S. government our deep gratitude for your service. It is because of your sacrifices that we live in freedom,” she said.

Also present during the almost three-hour event held at the MacArthur Leyte Landing National Memorial Park were representatives from different allied countries and the Japanese embassy.