Marcos defends deferment of barangay, SK polls: 'We have sufficient precedent' for it | Inquirer News

Marcos defends deferment of barangay, SK polls: ‘We have sufficient precedent’ for it

MANILA, Philippines — There is “sufficient precedent” for the postponement of the Barangay and Sangguniang Kabataan (BSK) elections this year.

President Ferdinand Marcos Jr. made this assertion as he pointed out that the newly signed law allowing the deferment of the BSK polls is not illegal.

Marcos cited previous postponements of the local elections and argued that the authority to hold off the BSK poll is contained in the Local Government Code and not in the 1987 Constitution.

A petition was filed before the Supreme Court on October 17 questioning the legality of Republic Act 11935, which reschedules the BSK elections which were originally set for December. 25, 2022, to the last Monday of October 2023. 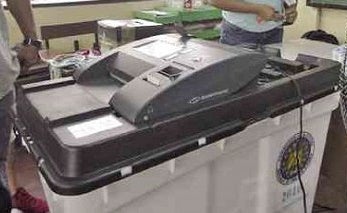 “We have sufficient precedent for the postponement of the barangay and SK elections. I think in terms of the law, it is well within the powers of Congress to postpone those elections,” he said in an interview with reporters Thursday on the sidelines of the 48th Philippine Business Conference and Exposition 2022 at the Manila Hotel.

Aside from postponing the December 2022 BSK polls, Republic Act 11935 also mandates barangay and SK officials to remain in office unless sooner removed or suspended.

But veteran election lawyer Romeo Macalintal argued in his petition before the Supreme Court that the 1987 Constitution does not allow Congress to defer the barangay elections or extend the term of office of barangay officials.

He said the power to postpone elections is within the jurisdiction of the Commission on Elections.

Macalintal also said that “by enacting a law postponing scheduled barangay elections, Congress is in effect executing said provision of the OEC (Omnibus Election Code) or has overstepped its constitutional boundaries and assumed a function that is reserved for Comelec.”