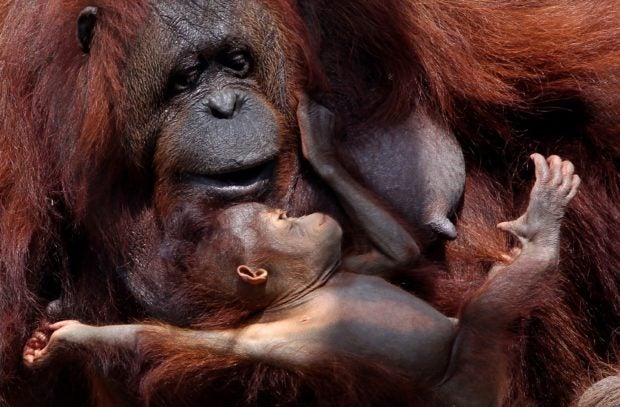 KOTA KINABALU — Orangutan population in Borneo could decline by about 27% in 10 years if current management practices are not changed and improved, say experts.

He said a new study in “Oryx – The International Journal of Conservation” assesses what would happen to Bornean orangutans in the next decade under different management assumptions.

Goossens said the study, involving 20 experts from Malaysia, Indonesia and several other countries, looked at three scenarios, namely Business As Usual (BAU), the Half-Earth vision, and the Whole-Earth approach.

“BAU is the continuation of ongoing management practices, while the Half-Earth vision is a concept launched by E.O. Wilson, in which half of the land and sea would be protected to manage sufficient habitat to reverse the species extinction crisis and ensure the long-term health of our planet.

“The Whole-Earth approach advocates the global integration of the conservation agenda with other societal goals,” he said.

Goossens added that the BAU in orangutan conservation was clearly insufficient to support the protection of the species.

“Luckily, there appears to be better strategies, with particular emphasis on a Half-Earth approach to conservation that is predicted to strongly reduce orangutan declines in the next decade,” he said.

He added that the Half-Earth vision, which aims to protect at least half of Borneo, would be easy to reach and would slow the decline of the orangutan population by at least half by 2032, compared to the way things were managed now.

“Indeed, 65% of Sabah’s landmass is forested, and Sabah is committed to ensuring that at least 50% of its land mass is designated and protected for sustainable forest exploitation, environmental protection, biodiversity conservation, and socio-economic well-being,” Goossens said.

He also said the Whole-Earth approach would lead to more forest loss and the killing of apes, as well as a 56% drop in Borneo’s orangutan population over the next 10 years.

Goossens added that this approach was valuable but might not benefit short-term orangutan conservation needs because of political and economic realities on the ground. Hutan (Kinabatangan Orangutan Conservation Programme) Scientific Director Dr Marc Ancrenaz said the good news was that if the killing of orangutan and habitat loss were stopped, their population could rebound and increase by 148% by 2122.

He said recent surveys by the Sabah Wildlife Department showed that the size of most orangutan populations in the state was stabilising.