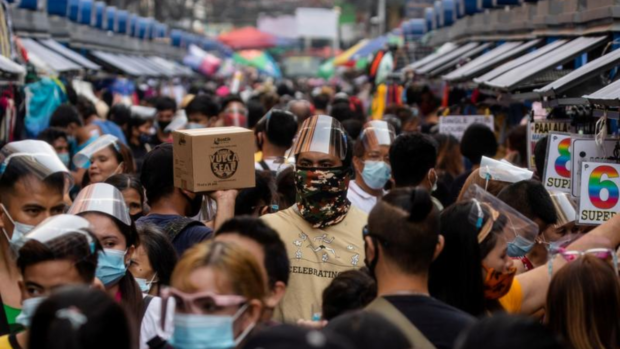 “It’s always been there, the pandemic just amplified it.” That was what Paolo said about his suicidal thoughts in an interview with the Inquirer early this week.

The 22-year-old college student is not unique in that way and could be one of five young Filipinos who have considered taking their own lives, according to a recent study by the University of the Philippines Population Institute (UPPI).

Paolo said he had suicidal thoughts as far back in Grade 5 when his parents were separating and the bullying he experience at school had worsened.

It was concerning for him now that as a child he was already considering running away, or worse, killing himself to overcome such emotional burden. It was no surprise for him then that he felt no grasp of life growing up.

But he found his own way of dealing with the dreadful thought and kept himself from carrying it out while maintaining mental stability.

To manage his mental health and to prevent “regressing into negative thoughts,” he went on what he called “self-dates” by spending time in computer shops to play video games and eating by himself while avoiding social media.

“By training myself to be alone I learned to find validation for myself from myself,” he reasoned.

But when the pandemic struck, all the progress he had made were pushed back.

His coping mechanisms were stalled and the reversals were stark.

Unable to get out of his house because of the lockdown, the daily routine at home became boring, leaving no room for distractions. This gave him time to again “overthink” a myriad of situations like being scolded by his parents and his relationships with other people.

“There are times when I find myself awake in the middle of the night staring at the ceiling and entertaining negative thoughts for three to four hours,” he said.

He lives with his mother and a brother with autism who recently started showing violent tendencies and once attempted suicide.

Paolo couldn’t get help, or rather, didn’t try to get help from his family.

This is what’s stopping him from acting on his own suicidal thoughts—he refuses to become a burden to those he will leave behind, especially his family.

“I do not want to add to the problems they already have, especially knowing my brother’s condition,” Paolo said.

It’s the same attitude he has toward his friends who have their own problems, he said. “If they do not ask, I do not tell them anything.”

But as the pandemic restrictions ease up, it has also become easier to share things with one or two of his pals who check in on him. It is easier to talk to them because they understand him better, he said.

Paolo often jokes with his friends about dying or taking their own lives. “You find solace in making light of something depressing,” he said. “It downplays the severity, but it lets me know I am not alone.”

The jokes about small inconveniences being solved with suicide or death may possibly affect him subconsciously, but they help a generation “resigned” cope with the stresses the world they were growing up in, he said.

Seeking professional help is too expensive, he said. An alternative is the free psychological programs available at UP, but he had trouble setting a date for a consultation despite trying multiple times.

He acknowledged that there was big demand for free psychotherapies. There might be only a few staff manning the program. In that case, it is important to add more, he said.

In 2020, the Department of Health said that there was less than one mental health worker for every 100,000 Filipinos.

“From what I see on student Facebook groups, many of us struggle, especially with adjustments due to remote, and now face-to-face, learning,” he said.

Once the problems pile up—stress from academic work, financial and family problems, and even from something as mundane as choosing what to eat for lunch—your mental health can go sideways.

Paolo said he appreciated initiatives such as mental health breaks and seminars for students, but these were useless as they were still swamped with academic responsibilities.

Some students hesitate going to mental health seminars because attendance means admitting that “there is something wrong with you.”

“In the Filipino context, the concept of mental health [issues has] a bad connotation,” he said. “It’s always the extreme—the brink of losing sanity.”

This is what he hoped would be addressed. “It’s a very hard topic to talk about, but if mental health issues can be talked about without any negative bias, it would be very helpful.”