Explainer: Does Trump have to comply with the Jan. 6 committee subpoena? | Inquirer News

Explainer: Does Trump have to comply with the Jan. 6 committee subpoena? 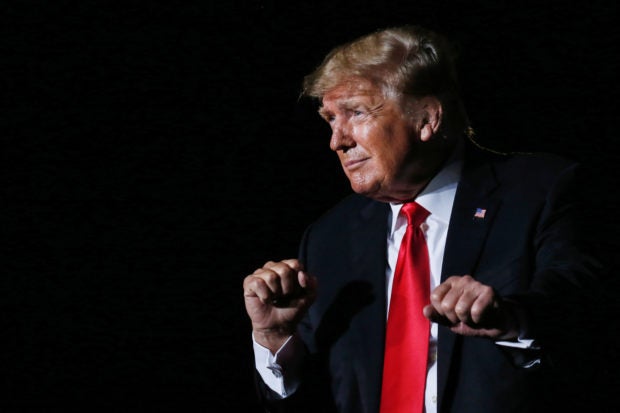 WASHINGTON — The congressional committee investigating the Jan. 6, 2021, attack on the U.S. Capitol voted on Thursday to subpoena former President Donald Trump, who they say instigated the violence in an attempt to overturn his 2020 election defeat.

Trump is not likely to cooperate with the committee’s demand to provide documents and testimony under oath and in a posting on his Truth Social network dismissed the committee as “a laughing stock.”

He has urged his associates not to cooperate with the probe and has argued that a former president has a right to keep conversations and material confidential under a legal doctrine called executive privilege.

Nevertheless, the subpoena will add to Trump’s growing list of legal woes. He already faces civil and criminal charges in New York regarding his business activities, federal and state investigations regarding the 2020 election, and a federal criminal investigation over his handling of government documents.

Is it a crime to defy a congressional subpoena?

Yes. An 1857 law says failure to comply with a congressional subpoena for testimony or documents is punishable by one to 12 months imprisonment.

First, the House of Representatives or the Senate must vote to hold a non-compliant witness in “contempt of Congress” and refer that person to the U.S. Justice Department for criminal prosecution.

The Justice Department then decides whether to bring criminal charges.

Trump’s former chief strategist, Steve Bannon, faces up to two years in prison and a fine of up to $200,000 after being found guilty of contempt of Congress for defying a subpoena from the Jan. 6 committee. He is due to be sentenced on Oct. 21.

Another former Trump adviser, Peter Navarro, has also been charged with contempt of Congress and faces trial in November.

Federal prosecutors have opted not to charge two other former Trump aides, Mark Meadows and Dan Scavino, after the House voted to hold them in contempt.

Does he have other options?

Trump could appear for a closed-door deposition but refuse to answer questions, invoking his right to avoid self-incrimination under the Fifth Amendment of the U.S. Constitution.

According to Republican Representative Liz Cheney, more than 30 witnesses have taken that approach.

Alternatively, Trump could try to run out the clock.

The Jan. 6 committee is expected to wrap up this year, and Republicans are expected to dissolve it in January if they win control of the House in the Nov. 8 midterm elections.

That gives them only a few months to either secure Trump’s cooperation or conclude that he is stonewalling them and hold a contempt vote. The full House is not scheduled to convene until after the midterms.

Does Congress have other options?

The Supreme Court said in 1821 that Congress has “inherent authority” to arrest and detain recalcitrant witnesses on its own, without the Justice Department’s help.

But it has been almost a century since Congress used that power, known as inherent contempt.