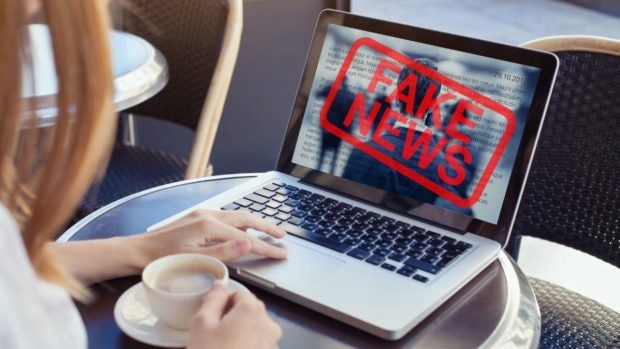 MANILA, Philippines — Close to 90 percent of adult Filipinos believe fake news is a problem, a sentiment reflected nationwide and across all socioeconomic classes, according to a recent Pulse Asia Research survey that also pointed to social media “influencers” and journalists as the top culprits.

For a media scholar, the survey indicated that the Philippine press had “trust issues and credibility issues” at a time when the public believed that the mainstream media served only as a mouthpiece for the elite and did not accurately reflect the true pulse of the masses.

While Filipinos somehow recognize that vloggers and bloggers or content creators and influencers “are getting out of hand with their disrespect for the facts, (a) more level-headed approach is needed because fake news may differ among respondents,” said University of the Philippines communications professor Danilo Arao.

“This could explain why responsible journalists get unfairly judged as the truth they report gets mistaken for lies, at the same time that the lies of irresponsible colleagues get ascribed to them,” Arao said.

This view of the media will remain as long as certain news organizations “perpetuate state-sponsored disinformation like denialism and Red-tagging,” he said.

Pulse Asia polled 1,200 respondents. Its survey had a margin of error of plus-minus 2.8 percentage points for national percentages.

The poll was taken as some “key developments” were reported in the news prior to or during the survey period.

These include the order signed by President Marcos lifting the mandate on wearing face masks in open and noncrowded outdoor areas; the 50th anniversary of the declaration of martial law by the President’s late father and namesake; Mr. Marcos’ state visits to Singapore and Indonesia where he said he obtained P805 billion in investment pledges; and the depreciation of the Philippine peso to a record low of P58 to the dollar.

The survey showed 86 percent believe fake news was a problem, but only 55 percent were confident in their ability to determine whether the political news they encounter were truthful or not.

Social media or the internet (68 percent) and television (67 percent) were cited as top sources of fake news, followed by radio (32 percent), friends or acquaintances (28 percent), family or relatives (21 percent).

An earlier survey (Sept. 6-11, 2021) by Pulse Asia showed that television was the source of news for an overwhelming number (91 percent) of respondents. Following in far second was radio (49 percent) and third the internet (48 percent).

Family and relatives (37 percent) and friends and relatives (25 percent) were more popular sources of news than newspapers, which a mere 3 percent of respondents had read.

The spread of false information online was among the top global concerns cited of respondents in a recent Pew Research Center survey across 19 countries.

The survey report, released in August, showed a median of 70 percent across 19 countries view the spread of false information online as a major national threat, after global climate change.

In 2018, the Philippines was referred to by Facebook’s Global Politics and Government Outreach director Katie Harbath as “patient zero” in the global war against disinformation.

In that same year, a Pulse Asia survey found 88 percent of Filipinos who accessed social media accounts were aware of fake news on social media with 79 percent of respondents saying they considered fake news to be widespread on those platforms.

A December 2021 survey by Social Weather Stations also found 69 percent of Filipinos saying the problem of fake news in the media was serious.

Former Bayan Rep. Neri Colmenares, who campaigned on a platform to eradicate disinformation in his run for the Senate in the May elections, said the Pulse Asia survey reflected current realities.

“The problem of fake news is growing because people in power feed it and are continuously feeding it through hired trolls or creating vlogs and posts with dubious content,” he said. “It is incumbent upon real journalists and the public who strive for the truth to combat this scourge of the digital age.”

Arao said it was interesting that at least 55 percent of the survey respondents were confident that Filipinos could tell the truthfulness of the political news they received. But still, he said, a large number (37 percent) were not confident about whether others could spot fake news.

This lack of confidence, according to Arao, could be a factor in the ranking of journalists next to content creators and influencers as sources of fake news.

He urged the media to “veer away” from gossip, trivia, and rumor and to focus on relevant matters.

By doing so, Arao hopes that the public would not pay attention to propagandists who project themselves as alternatives to mainstream media.

“These contribute to a better media system and can hopefully earn the trust of audiences,” he said.