Alleged NPA dies in encounter with military in Northern Samar 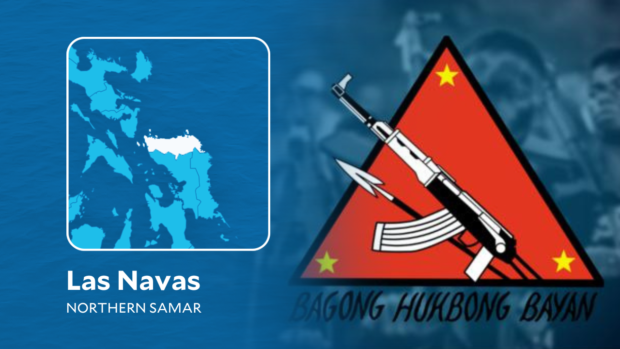 TACLOBAN CITY — An alleged member of the New People’s Army (NPA) was killed by government soldiers in an alleged shootout in Las Navas town, Northern Samar on Monday (Oct. 10).

The alleged communist rebel, identified as Junie Albario, allegedly engaged the soldiers belonging to the Mobile Community Sustainment Support team (MCSST) of the 20th Infantry Battalion in Barangay San Miguel at about 11 a.m.

Based on their report, the soldiers happened to pass by the house of the Albario and noticed that his wife appeared to be “uneasy.”

This prompted the soldiers to stop by the house. While talking to the suspect’s wife, they noticed Albario hiding in the kitchen.

The soldiers instructed him to come out, but he jumped out of the window and fired a gun, prompting the soldiers to fire back.

A companion of the slain rebel, Gonay Rosco, was arrested by the government troopers who seized a caliber 45 pistol, a hand grenade, two anti-personnel mines, one 9 mm pistol, and a mobile phone.