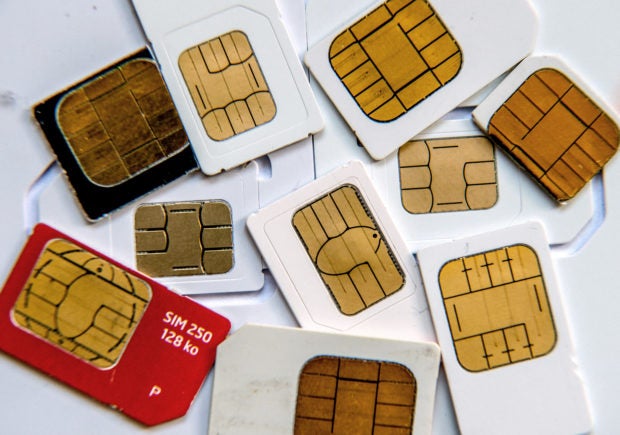 MANILA, Philippines — Concern about online scams is understandable, but the new SIM Card Registration Act might be used to compromise the data privacy of individuals, progressive group Bagong Alyansang Makabayan (Bayan) said in a statement on Monday.

“We understand the recent concerns over online scams, but sacrificing privacy is a more problematic response. The Philippine government is a notorious human rights violator for years now, and any measure that would compromise privacy rights should be seen as a danger,” Renato Reyes, Bayan secretary-general, said.

“The signed SIM Registration Law poses problems for privacy rights as the Philippine government is notorious for illegal surveillance and violations of data privacy. The SIM registration can become a vast surveillance network used against the people. The data that will be collected may not be kept safe as the Philippine government has previous incidents of data leaks (especially those involving election data),” he added.

Earlier in the day, President Ferdinand Marcos signed the SIM card bill into law, his first since assuming office on June 30.

Leaders of both the Senate and the House of Representatives — which ratified the bill just last Sept. 28 — praised the signing.

The law — Republic Act No. 11934 — requires phone users to register their SIM cards with telecommunication firms. That means they would need to show valid identification cards and a complete registration form.

Those who could not present a valid ID could instead present a National Bureau of Investigation clearance, police clearance, or a Philippine Statistics Authority-certified birth certificate with an ID picture.

Supporters of the law think it could be a weapon against online scams because authorities would be able to identify the owner of a SIM card used in the commission of a crime, including terrorism.

In recent hearings on text scams and spam messages on cell phones, lawmakers learned that authorities could not go after perpetrators of cybercrime due to inadequate laws.

The law signed by Marcos differs from the one passed by the previous 18th Congress was vetoed by then-President Rodrigo Duterte. In that version, social media accounts were also required to be registered to prevent online trolling.

Duterte said he vetoed the bill because it would need more study.

—WITH A REPORT FROM CATHERINE DABU (TRAINEE)