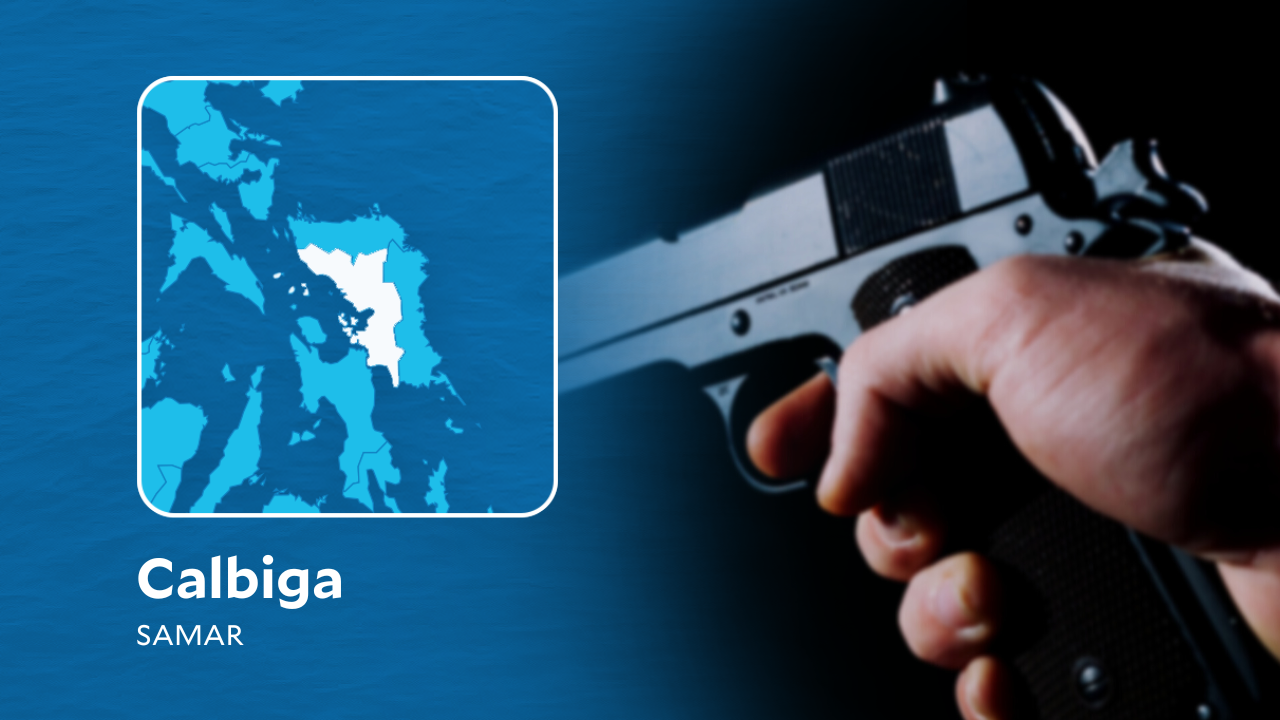 Miguel Abaigar, Jr., 54, sustained three gunshot wounds in his back, according to Major Ruel Cantillas, the town’s police chief.

Cantillas said Abaigar was shot by the assailant while he was moving along Barangay Timbangan on his mountain bike at around 6:15 a.m.

Upon learning about the incident, the Calbiga police alerted the nearby police stations which resulted in the arrest of Allan Malagueno, 43, and a resident of Catbalogan City, also in Samar.

Seized from him was a caliber .45 gun.

The suspect is currently detained at the Calbiga police station pending the filing of murder charges against him.

Police investigators have yet to determine the motive behind the killing of Abaigar.