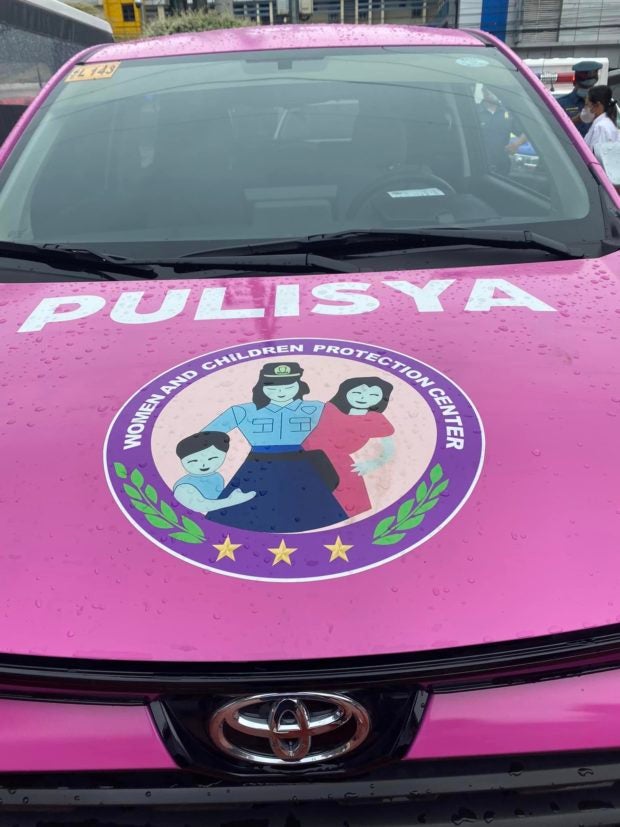 MANILA, Philippines — The Muntinlupa City government recently turned over a pink mobile car for the Women and Children Protection Center, a move that was met with mixed reactions from social media users.

The pink mobile was turned over along with eight ambush-type mobile vehicles, 21 motorcycle units, and 4 ambush-type vehicles to the Philippine National Police during the flag-raising ceremony on October 3.

The donation mainly drew praise, but some Facebook users questioned the pink color of the mobile, associating it with the party color of former presidential candidate and former vice president Leni Robredo.

“Only in Muntinlupa! Setting an innovative action and standards for the protection of women and children,” a Facebook user commented.

Another user was not a fan of the color: “Panget po ng kulay. Hindi naman po dapat ganyan dapat po yung nararapat na kulay.” (The color is ugly, it is not appropriate.)

“Baka angkinin pa ng mga kakampink yan,” the other one commented, referring to Robredo’s supporters. (Maybe the kakampinks will claim that.)

In response, Muntinlupa Mayor Ruffy Biazon explained the rationale behind the color of the mobile.

(Pink is a child-friendly color used by women and child protection units. The color also has a psychological effect that could relieve trauma.)

Read Next
10,000 to less than 500: How people are driving the tamaraw to extinction
EDITORS' PICK
House energy committee chair Arroyo bats for cheap electricity
The Best Tech Gifts For The 2022 Holidays
PNP: To avoid crypto scam, visit BSP website
Pagasa: 1 to 2 storms expected in December
LPG prices up by P2.25-P2.27/kg effective Dec 1
The vivo Y16 makes the season of giving more thoughtful for the whole family
MOST READ
LOOK: Kris Aquino visited by ‘Kris TV’ sidekick Darla Sauler in US
SSS: Pensioners 13th month, year-end benefits to be released first week of December
Maharlika fund has Marcos go signal – Diokno
Carlos Padilla’s comments on Pacquiao fight under review by WBC
Don't miss out on the latest news and information.