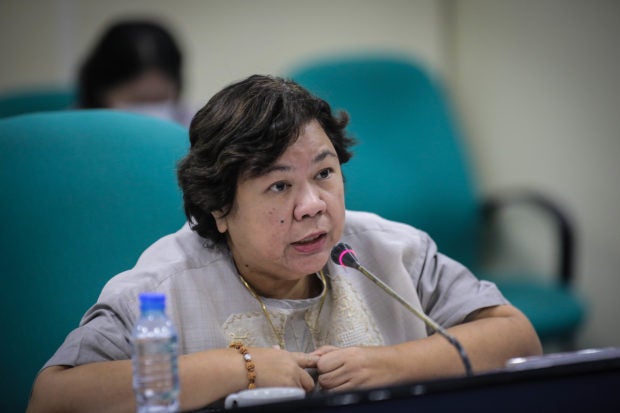 DMW Secretary Susan Ople raised the idea during the Senate finance subcommittee hearing after Sen. Risa Hontiveros expressed alarm over some pregnant OFWs being forced to terminate their pregnancies by their recruiter or employer.

“I’m also very much bothered by the pregnancies — unwanted pregnancies that lead to more abortions. I think it’s time that we also have a special hotline wherein if you are pregnant and you are at a loss on what to do. Of course, there are countries that really frown upon unwanted pregnancies. They can call that number. We can incorporate that,” Ople said, speaking in a mix of English and Filipino.

“Forced abortion is not part of our policies, and we deplore any kind of practice [of that],” Cacdac said.

“In fact, part of the counseling effort for pregnant OFWs, especially those who go through a depression or perhaps a stage of confusion, is to counsel them on how to cope with the pregnancy and to help them if they have health concerns, medical concerns during pregnancy.”

According to Ople, a “country-specific work contract” is needed as different nations have various policies.

“Under our bilateral agreement with Saudi Arabia — and also this is what we have in mind for other countries as well — we will be having now country-specific work contracts.

“It used to be that there’s one contract [format] followed for all countries. But we realized that every country has its own peculiar labor rules and regulation. And sometimes that’s not captured by a  one-size-fits-all model contract,” the secretary explained.

The P15.2-billion budget of the DMW for 2023 has been approved by the subcommittee and is now up for Senate plenary debates.

—WITH A REPORT FROM TRISHA MALAYSAY (TRAINEE)

OFWs not required to wear PPEs during departure — POEA