Amid Ukraine war, US set to fly Russian cosmonaut to ISS | Inquirer News

Amid Ukraine war, US set to fly Russian cosmonaut to ISS 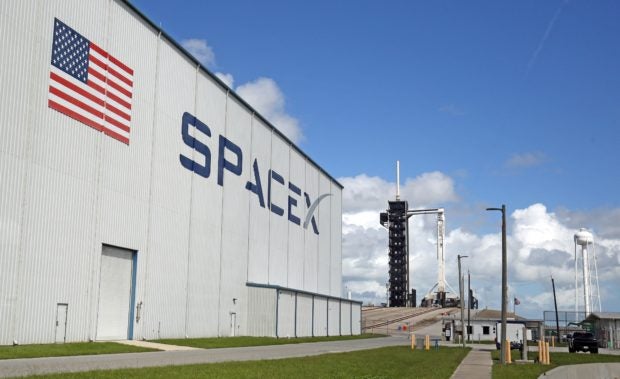 A view of the SpaceX processing facility and launch pad 39A and their Falcon 9 rocket with Crew Dragon capsule, on the eve of the Crew-5 mission at the Kennedy Space Center in Florida on October 4, 2022. AFP

WASHINGTON — The United States will on Wednesday carry a Russian to the International Space Station aboard a SpaceX ship, in a voyage that carries symbolic significance amid the Ukraine war.

Anna Kikina, the only female cosmonaut in service, is part of the Crew-5 mission, which also includes one Japanese and two American astronauts.

Blast-off is set for noon from the Kennedy Space Center, with the weather forecast so far promising.

Two weeks ago, an American astronaut took off on a Russian Soyuz rocket for the orbital platform.

The long-planned astronaut exchange program has been maintained despite soaring tensions between the two countries since Moscow’s invasion of Ukraine in February.

Ensuring the operation of the ISS has become one of the few remaining areas of cooperation between the United States and Russia.

“When you each are flying other’s crew members, you know that you have a huge responsibility that you’re promising to the other country,” NASA associate administrator Kathy Lueders told reporters in a recent press conference.

“At a working level, we really appreciated the constancy in the relationship, even during some really, really tough times geopolitically.”

Kikina, 38 and an engineer by training, will become the fifth Russian female professional cosmonaut to go into space.

“I hope in the near future we have more women in the cosmonaut corps,” the Novosibirsk native told AFP in August.

The Soviet Union put the first woman in space, Valentina Tereshkova, in 1963, nearly 20 years before the first American woman Sally Ride. Since then, America has flown dozens more women.

It will also be the first spaceflight for American astronauts Nicole Mann and Josh Cassada, but the fifth for Japan’s Koichi Wakata.

After a journey of about 30 hours, their ship will dock with the station on Thursday, ready to begin a five-month science mission and relieve the four members of Crew-4, who will stay a few days for handover.

Crew-5’s arrival will bring the total number of astronauts on the ISS to 11, including two other Russians and an American who arrived on the recent Soyuz.

Kikina will be the first Russian to fly with Elon Musk’s SpaceX which, along with Boeing, has a “taxi service” contract with NASA.

Musk himself waded into the conflict Thursday by proposing a peace deal that involved re-running, under UN supervision, annexation referendums in Moscow-occupied regions of Ukraine and acknowledging Russian sovereignty over the Crimean peninsula.

The post enraged Ukrainians, including the country’s envoy to Germany, who responded with an expletive.

Tensions between Moscow and Washington have increased considerably in the space field after the announcement of American sanctions against the Russian aerospace industry, in response to the invasion of Ukraine.

Russia thus announced this summer that it wanted to leave the ISS “after 2024” in favor of creating its own station, albeit without setting a precise date.

The director of manned flights at Roscosmos, Sergei Krikaliov, declared Monday he hoped the Russian government agrees to extend participation in the ISS after 2024.

The United States, for its part, wants to continue operating until at least 2030, then transition to commercially run stations.

As things stand, the ISS cannot function without joint cooperation, as the US side is responsible for power and life support and the Russian side for propulsion and maintaining orbit.

Between 2011 — when the Space Shuttle program ended — and SpaceX’s first flight to the ISS in 2020, the United States was dependent on Russia for flying its crew to the station, paying tens of millions of dollars per seat.

The loss of this monopoly represents a significant income reduction for the Russian space program. The current crew exchange program, by contrast, is a barter-based agreement with no exchange of money.