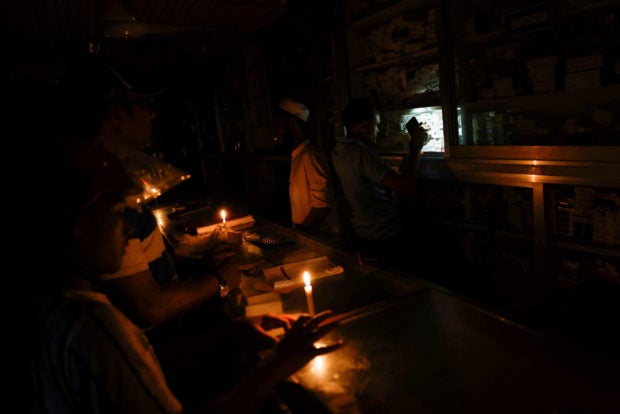 DHAKA — Large swathes of Bangladesh were left without electricity on Tuesday after a grid failure, a government official said, adding that authorities were working to gradually restore power supply in the country of 168 million people.

The country’s power grid malfunctioned at around 2 p.m. (0800 GMT) on Tuesday, leading to blackouts across 75-80% of the Bangladesh, Bangladesh Power Development Board official Shameem Hasan told Reuters.

An investigation was underway to ascertain the reason for the grid’s collapse and power had been restored in 45% of the regions hit by the blackouts, he said. By nightfall, it was still not clear when power would be fully restored.

Bangladesh, which gets three quarters of its electricity from imported natural gas, has been facing frequent power cuts this year due to its inability to address higher power demand.

The country has rationed some gas supplies amid high global prices driven up by Russia’s war in Ukraine. The government vowed frugal spending after reporting a record fiscal deficit last year.

Over a third of the country’s 77 gas-powered units were short of fuel, government data showed on Tuesday.

Grid failures generally happen when there is a high mismatch between demand and supply, potentially due to unexpected or sudden changes in power use patterns.

Bangladesh’s peak power demand on Tuesday was 3% higher than the 13,800 MW forecast by the Bangladesh Power Development Board, according to government data.

Operations at Bangladesh’s lucrative export-oriented garment industry, which supply to clients such as Walmart, Gap Inc, H&M, VF Corp, Zara and American Eagle Outfitters were hit by the power outage on Tuesday.

“To cope with the (power) crisis, we have been using generators. Today’s outage was unpredictable. We had to shut our offices,” because generators can not run for long periods, Shahidullah Azim, Vice President of the Bangladesh Garment Manufacturers and Exporters Association told Reuters.

The association represents members that have more than 4,500 garment factories nationwide. Bangladesh is the world’s second-biggest garment exporter after China.

Zunaid Ahmed Palak, a junior minister in Bangladesh, said on Facebook it was “risky to restore (power) with a heavy load”.

The load on the power grid generally increases in the evenings in Bangladesh, when citizens return home after work. Demand growth in the recent years has largely been driven by the residential segment.

“If the stability of the system is fairly satisfactory, the power lines of all area of Dhaka will be activated. We sincerely apologize for the inconvenience,” Palak said.

The Association of Mobile Telecom Operators of Bangladesh said on Tuesday mobile and internet services may be disrupted in some parts of the country due to the national power grid failure.

Meralco prepares for rotating brownouts due to thinning power supply