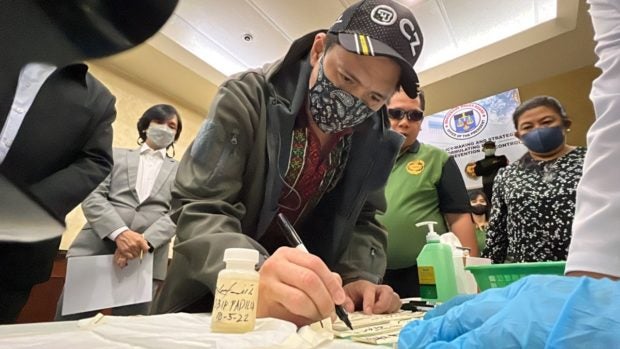 MANILA, Philippines — Senator Robin Padilla underwent a drug test at the Philippine Drug Enforcement Agency (PDEA) office in Quezon City on Wednesday morning, and an hour later, he was found negative for drug use.

(What we are doing today is part of former President Rodrigo Duterte’s war on drugs.)

(It is better that on our part as civilians, we help authorities by easing their burdens.)

The actor-turned-senator then called on citizens to likewise voluntarily undergo a drug test to help authorities.

(Authorities should just be going after drug dealers and us, civilians, so that their work will be easier – if we have the means – don’t wait for it to be mandatory, volunteer already to undergo a drug. test.)

For Padilla, illegal drugs is worse than terrorism as its risk could be found inside homes.

(This war on drugs is more difficult than terrorism in the sense that it may be in our homes. That is why I am all for the war against drugs.) 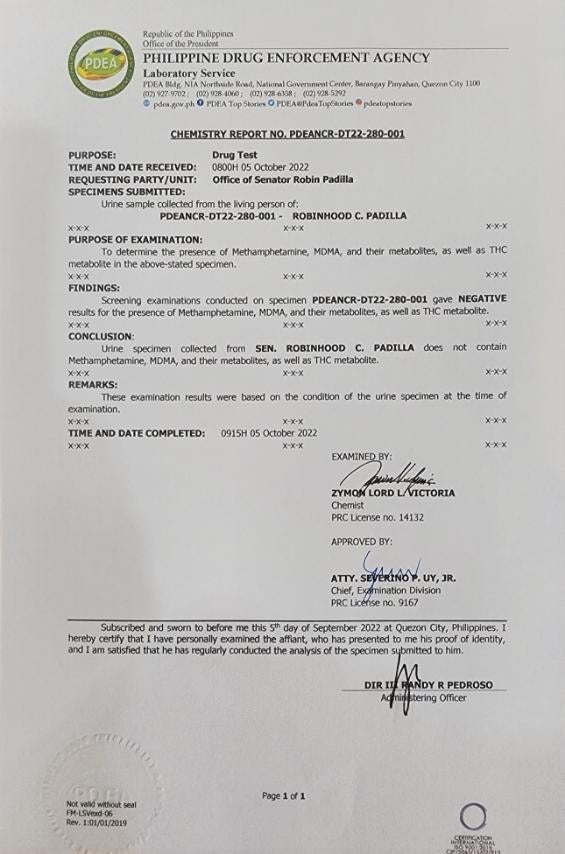