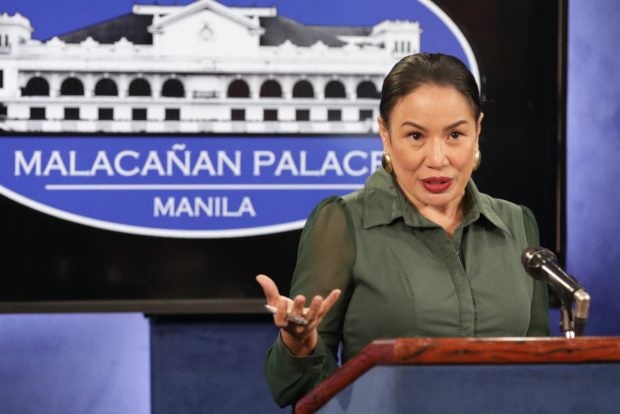 MANILA, Philippines — Press Secretary Trixie Cruz-Angeles on Tuesday confirmed she has stepped down from her post, citing health reasons.

Angeles told INQUIRER.net that she resigned on Tuesday morning.

“I resigned this morning, for health reasons,” she said in a Viber message.

Asked whether President Ferdinand “Bongbong” Marcos Jr. has accepted her resignation, Angeles said, “I assume so.”

In a separate statement, Angeles said her resignation became effective at the “end of business hours” on Tuesday.

She did not specify her medical condition, but said it was “nothing serious.”

“Can’t say yet. Nothing serious naman. But it needs to be addressed,” Angeles said.

Earlier in the day, President Ferdinand Marcos Jr. administered oaths to his new appointees and re-appointees. But the roster of newly hired and rehired Cabinet members did not include the name of Trixie Cruz-Angeles.

READ: Not rehired?: Trixie Cruz-Angeles not on list of reappointed Cabinet execs

There is no replacement as of now for Angeles as Press Secretary, Malacañang said in a separate interview.

“In respect to the former press secretary, she has tendered her resignation today so we shall proceed with the process of helping the Office address her resignation,” Senior Deputy Executive Secretary Hubert Guevara told reporters in an interview.

“I think she [Angeles] has to address certain medical conditions and she has actually kinda stopped her from that while she was being our press secretary so right now, at least she has time now to address that concern,” he added.

Guevara said President Marcos has a “thank you” note for Angeles.

For his part, Executive Secretary Lucas Bersamin said Malacañang has no information yet if the President already has his choice of the next Press Secretary.

In the meantime, he will conduct Palace briefings should his schedule allow it.