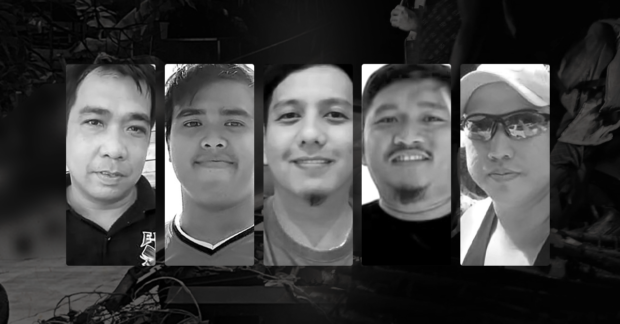 MANILA, Philippines —  The five rescuers from Bulacan who lost their lives while en route to a rescue mission at the height of Typhoon Karding’s fury have received a posthumous award from the National Disaster Risk Reduction and Management Council (NDRRMC).

“Bulacan  was once called the ‘Land of the Heroes’, and I believe that our rescuers proved that Bulacan indeed is the Land of Heroes,” Undersecretary Raymundo Ferrer, the Civil Defense Administrator, said in a speech in Filipino.

Ferrer, along with other officials,  handed the plaque, certificate, and cash assistance to each of the families of the fallen heroes.

The ‘Bakas Parangal ng Kagitingan’ is of the prestigious recognition handed out by the NDRRMC to individuals who exhibited extraordinary acts of bravery by extending assistance to those in need in times of disaster beyond the call of duty.

The five rescuers drowned after a concrete fence collapsed on them and their boat and they were swept away by the river strong current.