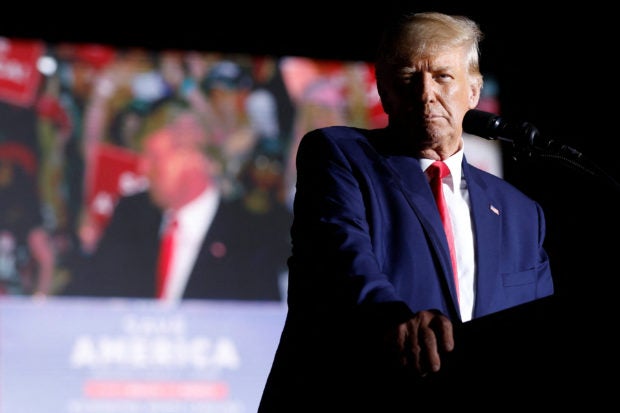 NEW YORK — The writer suing Donald Trump for defamation after he denied having raped her in the mid-1990s accused the former U.S. president of stonewalling and trying to avoid a scheduled deposition as he tries to delay the case indefinitely.

In a letter filed on Friday in federal court in Manhattan, a lawyer for E. Jean Carroll also said Trump was “mistaken” in arguing that the lawsuit should be dismissed altogether because the U.S. government, and not he, was the proper defendant.

Trump sought to put Carroll’s case on hold on Wednesday, after the 2nd U.S. Circuit Court of Appeals in Manhattan left it to a Washington, D.C., appeals court to decide whether Trump acted as president when he branded Carroll a liar in 2019.

A determination could take months, and a ruling in Trump’s favor could end Carroll’s defamation case.

“He should not be permitted to assert at the last minute that he is entitled to avoid a deposition because it remains on appeal,” Carroll’s lawyer Roberta Kaplan wrote. “It could hardly be clearer that defendant hopes to ‘run out the clock’ until he is elected president again.”

A lawyer for Trump did not immediately respond to a request for comment.

Kaplan also accused Trump of seeking an improper leg up in pre-trial discovery, saying Carroll has turned over 30,469 pages of documents and 19 substantive responses to questions over four months, while Trump has produced eight documents and four “incomplete” responses.

Carroll sued Trump in November 2019, five months after he denied raping her in the mid-1990s in a Manhattan department store dressing room, and said “she’s not my type.”

On that date, Carroll and other accusers get a one-year window to sue over alleged sexual misconduct even if the statute of limitations expired long ago under a recently enacted New York state law.