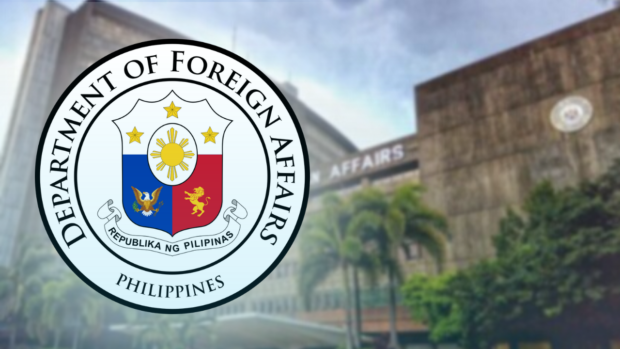 MANILA, Philippines — A little publicity on the world stage may further the country’s cause in the West Philippine Sea, but it will cost an extra P29 million, according to the Department of Foreign Affairs (DFA).

The DFA on Friday urged the Senate to add that amount to its proposed budget for next year to drum up international support for the Philippines by calling attention to its landmark arbitral victory against China in 2016.

The allocation, according to Foreign Secretary Enrique Manalo, will go to a “public diplomacy campaign,” both local and international, to secure the backing of other nations and to compel claimants to the South China Sea to respect dispute mechanisms under the United Nations Convention on the Law of the Sea (Unclos).

How will the fund be spent?

Among others, the money will cover the publication of a book on the Philippines’ successes in defending its territory under Unclos principles, as well as “think pieces” on the same subject to be authored by members of the academe, Assistant Foreign Secretary Sulpicio Confiado said.

The department also plans to put up a dedicated website explaining the arbitral award to the general public.

Philippine embassies and foreign service posts will be be tasked to actively “facilitate the promotion” of the ruling within their jurisdictions, he added.

Defending the DFA’s budget in the Senate, Manalo said his department’s proposed funding of P20.3 billion for 2023 was actually lower by 2.5 percent than its approved spending program this year.

Consistent with its mandate, the DFA will be rolling out programs not just to protect Filipinos abroad, but also to safeguard the country’s territorial integrity, marine resources and sovereignty consistent with existing international laws, he said.

“Under the direction of President Marcos, we will continue to pursue an independent foreign policy while maintaining good relations with our neighbors and international partners,” Manalo said during the hearing chaired by Senate President Pro Tempore Loren Legarda.

According to the foreign secretary, part of the plan involves embarking on a public relations or PR campaign to promote the historic ruling of the arbitral court in The Hague, the Netherlands, which voided China’s sweeping claims in the disputed region six years ago.

Confiado said the P29-million additional budget would be crucial to the DFA’s intent to use a “campaign approach” for this purpose.

“This budget provides for the campaign approach to gain and solicit stronger support from members of the international community for the rule of law, which the arbitral award represents,” he said.

According to the DFA, this would show that the Philippines was “implementing its duties as a coastal state as defined by Unclos and reinforced” by the arbitral ruling.

“This milestone decision should serve as an inspiration on how disagreements should be resolved,” Manalo said.

Also known as the Convention on the Law of the Sea, Unclos took effect in 1994 by defining the rights and responsibilities of nations in using the world’s oceans. It also established guidelines for the management of marine natural resources.

As of 2016, the European Union and about 167 countries have signed the treaty.

China, a state party to Unclos, has continued to reject the arbitral award that rejected China’s claim to nearly all of the South China Sea under international law.

Manila had pursued the arbitration case against China under the late President Benigno Aquino III, but his successor, Rodrigo Duterte, refused to assert the victory in exchange for loans and aid from Beijing.

Legarda, who formerly headed the Senate foreign relations committee, said she supported the DFA’s plan for a PR campaign, adding that public diplomacy should have an independent office in the DFA.

“Public diplomacy should be strengthened. You must dissect and really simplify the arbitral ruling, treaties and conventions so that the 110 million Filipinos understand their impact on their daily lives,” she said.

“More Filipinos should really understand the issue. I think you have to ‘laymanize’ what the ruling is all about,” he said.