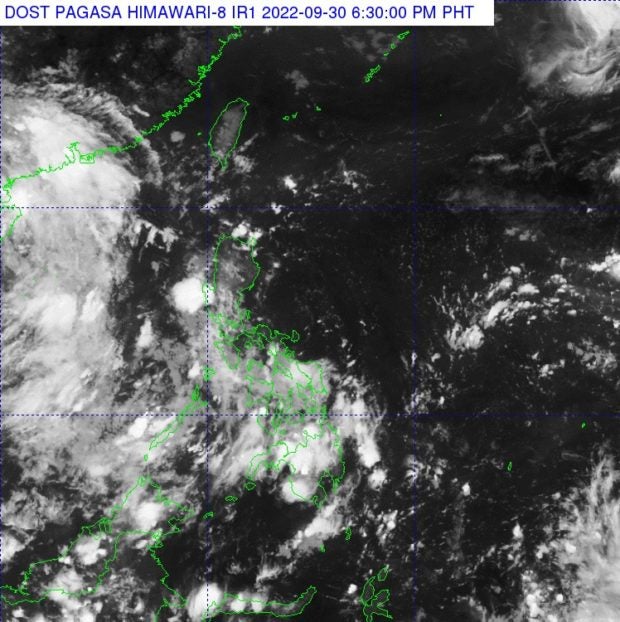 MANILA, Philippines — Weather conditions for the first weekend of October would be generally fair as no tropical cyclones are expected to enter the Philippine area of responsibility in the next three days — a break from the succeeding typhoons in September.

Satellite images from the Philippine Atmospheric, Geophysical, and Astronomical Services Administration (Pagasa) during their Friday afternoon update showed that only thin clouds are over the archipelago.

However, some areas may still be isolated rain showers and thunderstorms, especially in Southern Mindanao, due to the intertropical convergence zone (ITCZ).

(Based on our satellite imagery, we are not monitoring any weather disturbance inside the Philippine area of responsibility. Similarly, we have not seen any cyclone or possible tropical depression that would enter the country in the next three days or the coming weekend.)

(Now, only the intertropical convergence zone is affecting parts of Southern Mindanao […], but we expect the whole country, including Metro Manila, to still have fair weather, except for isolated rain showers and thunderstorms.)

The fair weather is a much-needed reprieve after the country faced four cyclones in September: Super Typhoon Henry, which hit the extreme northern part of Luzon during the first week; Typhoon Inday, which did not make landfall but enhanced the southwest monsoon; Super Typhoon Josie which slipped in and out of the country; and Super Typhoon Karding which wreaked havoc over the Southern and Central Luzon.

For Saturday, Metro Manila is expected to have temperatures between 24 to 31 degrees Celsius, Legazpi and Laoag with 24 to 32 degrees, Tuguegarao with 24 to 33 degrees, Tagaytay with 22 to 30 degrees, and Puerto Princesa with 26 to 32 degrees.

No gale warning has been raised, allowing small boat operators and fisherfolk to freely set sail over any part of the country’s waters.