Leaders of China, Japan say it is important to develop ties | Inquirer News

Leaders of China, Japan say it is important to develop ties 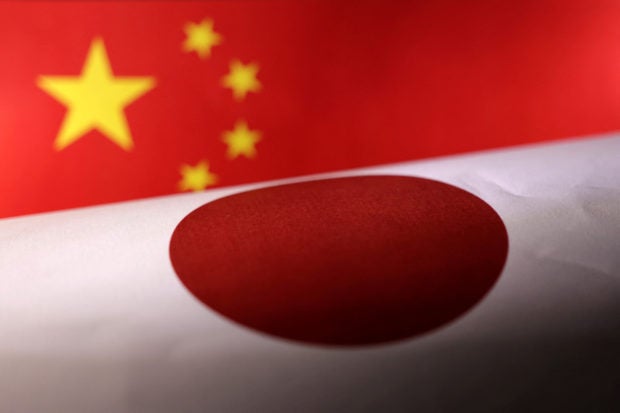 In a phone call, Xi told Kishida that he attached “great importance” to the development of China-Japan relations and that he was willing to work with his Japanese counterpart to build the relationship, Chinese state television CCTV reported.

In a message read at a reception in Tokyo to mark the milestone, Kishida told Xi that bilateral relations were facing “many issues and challenges” now, and that he hoped to pave the way for a “new future”.

“Japan and China share a great responsibility to achieve peace and prosperity in the region and world,” Kishida said in the message to Xi.

“In view of the next 50 years … I hope to work with you to build constructive and stable Japan-China relations” to reach that goal, he said.

Ties between China and Japan, the world’s second- and third-largest economies, have long been strained over disputed islands, regional influence and the legacy of Japan’s wartime occupation of part of China.

Tensions ratcheted up last month after a visit by Nancy Pelosi, speaker of the U.S. House of Representatives, to Taiwan, which is self-ruled but claimed by China. Beijing launched missiles near Taiwan and into Japan’s exclusive economic zone.

At the Tokyo reception, former Japanese Prime Minister Yasuo Fukuda said it is time to recall the spirit behind the normalization of bilateral ties half a century ago.

“I believe what we decided 50 years ago is that Japan and China do not fight, and that we cooperate with each other to build relations of peace and stability,” Fukuda told about 850 business executives and politicians at the event.

“We need to recollect the ties that were agreed upon 50 years ago and pour our full energy into maintaining those relations for another 50, 100 years. There just can be no other way,” he said.

With eye on China, and US ties, Japan’s universities to screen foreigners