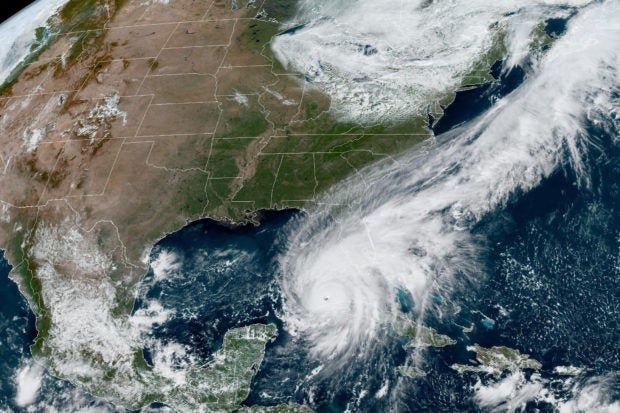 U.S. Border Patrol said on Wednesday that 20 people were missing off the coast of Florida after a Cuban migrant boat sank due to Hurricane Ian.

The Border Patrol agents responded to a migrant landing in Stock Island, Florida, officials said on Twitter. The U.S. Coast Guard had initiated a search operation for 23 missing people, with the agency later saying it had rescued three of them. They were taken to a local hospital for symptoms of exhaustion and dehydration.

Ian’s thrashing of Cuba left at least two people dead, both deaths occurring in the hard-hit western province of Pinar del Rio. A woman died after a wall collapsed on her and a man died after his roof fell on him, state media said.

The hurricane hit Cuba at a time of dire economic crisis. Blackouts and long-running shortages of food, medicine and fuel were likely to complicate efforts to recover from Ian.

On Tuesday, seven migrants from Cuba were taken into custody after they made it to shore in Pompano Beach, Florida, U.S. authorities said.

“Do not risk your life by attempting this journey at sea. Storm surge along with King tide can create treacherous sea conditions even after a storm passes,” officials said on Twitter on Tuesday when announcing those detentions. King tides are exceptionally high and can cause tidal flooding.