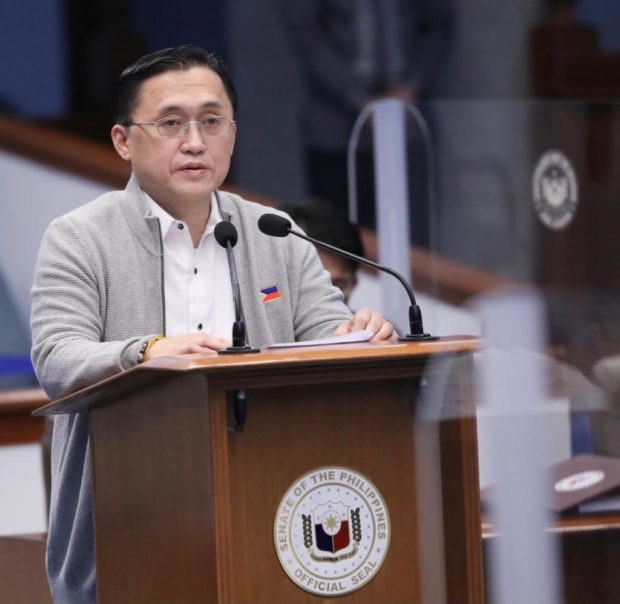 MANILA, Philippines — Senator Christopher “Bong” Go has co-sponsored a Senate resolution honoring the heroism of the five members of the Bulacan Provincial Disaster Risk Reduction and Management Office who died in service during the onslaught of Super Typhoon Karding.

The five rescuers—George Agustin, Troy Justin Agustin, Marby Bartolome, Jerson Resurrecion, and Narciso Calayag Jr.—died in San Miguel, Bulacan, after being swept away by a flash flood. Their remains were later found in Sitio Banga Banga, Barangay Camias in the town at around 7:00 a.m. on September 26.

“Mr. President, esteemed colleagues, it is an honor to co-sponsor the resolution honoring the heroism of the five rescuers who braved Super Typhoon Karding and died in an effort to bring aid to affected families in San Miguel, Bulacan,” said Go in his co-sponsorship speech during the regular Senate session on Tuesday, September 27.

(It is saddening that lives were taken while performing their duty to save the life of their fellow men. They are the real heroes.)

(My deepest condolences to the family and their loved ones. Although there is no amount equivalent to the lives lost, my office is open to provide needed assistance to the bereaved family of the rescuers.)

The senator stated that he is considering  introducing a measure that would provide benefits and security of tenure to long-term government employees.

(We are also in the process of studying the possible filing of proposed law that will provide benefits and security of tenure for those who have long been working for the government.)

“All government personnel should be entitled to hazard pay, particularly those (doing) truly hazardous jobs,” he added.

Go pointed out that despite having worked for the government for a very long period, many job order employees, including rescuers, still lack security of tenure.

Go also continues to push for additional disaster-resilient policies that are intended to effectively address both natural and man-made disasters, such as Senate Bill No. 188, which will establish the Department of Disaster Resilience.

The senator mentioned that former president Rodrigo Duterte had previously ordered the payment of COVID-19 hazard pay for all government personnel including casual employees.

“I see no reason why we cannot do the same for those involved in disaster response,” Go remarked.

“Sariling buhay po nila ang kanilang itinaya sa ngalan ng kanilang serbisyo. This is the least we could do for all our heroic public servants,” he stressed.