'We are not afraid': Russians flee to Mongolia to evade Ukraine mobilization | Inquirer News

‘We are not afraid’: Russians flee to Mongolia to evade Ukraine mobilization 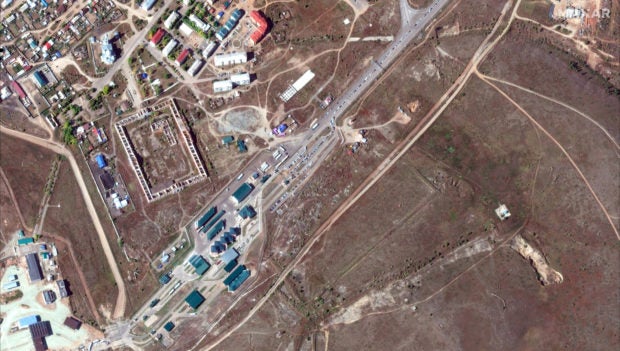 ULAANBAATAR — Thousands of Russians have fled into Mongolia across its northern frontier in a bid to evade conscription to Ukraine, putting further pressure on the government in Ulaanbaatar and its efforts to distance itself from the conflict.

Russians were forced to queue for hours at the border crossing at Kyakhta in the ethnic Mongol province of Buryatia, but said they had little choice after President Vladimir Putin announced a “partial mobilization” of 300,000 soldiers aimed at repelling a counter-offensive in Russian occupied Ukraine.

“My country has started partial mobilization and I think it is negatively affecting society,” said one. “We waited a very long time at the Russian side of the border: about 16 hours.”

Suren Bat-Tur, the owner of a guesthouse in the capital Ulaanbaatar that normally caters for backpackers, has also been helping his friends in Buryatia to escape the draft.

The guesthouse has filled up with Russians since Putin’s mobilization order, and Bat-Tur said he has already turned away dozens of requests for beds.

“I wanted to help them, it has been very difficult,” said Bat-Tur. “Now they are looking for work in construction or agriculture so they have something to do while they are here.”

One newly-arrived guest, who identified himself as Aleksey, said he crossed into Mongolia last weekend, leaving behind his wife and three children. He arrived at the border late at night on a tourist bus packed with other young Russians.

“There were a lot of young people, a lot of people trying to get away from Putin,” he said.

Aleksey, 40, a construction worker, plans to stay in Mongolia until the situation in Russia improves, and said he would do whatever it takes to avoid the war.

“We are not afraid, but why do we have to fight in Ukraine, why?” he asked. “If other countries would attack Russia, we would fight for our country. But why are we going to Ukraine? For what?”

Though Mongolian citizens have demonstrated against Russia’s invasion, the government itself has remained steadfastly neutral.

Almost entirely dependent on Russian oil and gas, landlocked Mongolia also stands to gain from a gas pipeline that Russia plans to build across its territory to supply China.

Last week, former President Tsakhia Elbegdorj urged Putin to end the conflict, adding that ethnic Mongolians in Russia have been used as “cannon fodder” and killed in their thousands in Ukraine.

“Since you (Putin) started this war, Russia has been drowned in fears, full of tears. Your mobilization brings oceans of suffering. Mr. President, stop your senseless killings and destruction,” he said in an address shared on social media.