Can martial law museum be built in the time of Marcos? | Inquirer News

Can martial law museum be built in the time of Marcos? 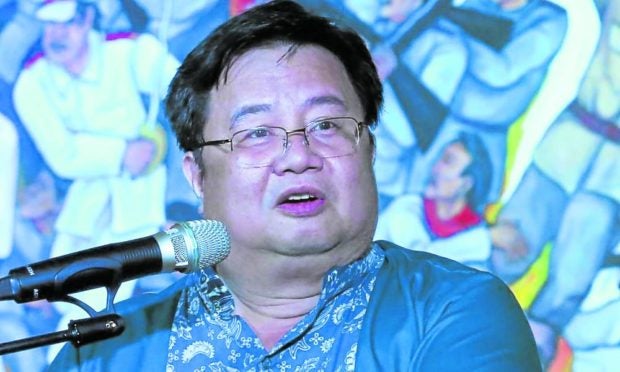 MANILA, Philippines — How does a nation build a museum memorializing a time its own government believes is water under the bridge?

For the Human Rights Violations Victims’ Memorial Commission (HRVVMC), tasked with the heavy burden of building a martial law museum under the administration of the son and namesake of the dictator Ferdinand Marcos, this means crossing the proverbial bridge when the commission gets there.

The commission must clear at least two hurdles to make its planned Freedom Memorial Museum a reality — a hearing on the budget in the Senate where its sponsor is Sen. Ronald dela Rosa, and the need to fill slots on its board of trustees, three of which must go to the Department of Education (DepEd), the Commission on Higher Education (CHEd) and the still-headless Commission on Human Rights (CHR), for which President Marcos has yet to appoint a full board.

In an interview on Wednesday, HRVVMC executive director Carmelo Victor Crisanto said the commission has already written Vice President and Education Secretary Sara Duterte and CHEd Chair Prospero de Vera III on the vacancies on its board.

Under Section 27 of Republic Act No. 10368, the law which created the HRVVMC, the commission must be headed by a board of trustees composed of the CHR, the National Historical Commission of the Philippines, as well as the heads of the DepEd, CHEd, National Commission on Culture and the Arts (NCCA) and the University of the Philippines (UP) Main Library as members.

Crisanto said both Duterte and De Vera may either sit on the board or appoint a representative. But both have yet to respond to the commission’s request.

Without a complete board, the HRVVMC would have trouble securing the P530 million for the museum to be built on UP grounds.

“That’s the gauntlet I have to pass through,” Crisanto said. “There are many obstacles on the way. That has been the journey so far of this museum.”

Fortunately, he has supporters in Congress such as Negros Oriental Rep. Jocelyn Limkaichong who assured the commission that a special provision for its musem would be included in the budget.

But “it’s one thing to have money and another to be given clearance to spend the money,” Crisanto said.

“In the Senate, if they agree that the special provision, which is absent from the current NEP (National Expenditure Program), should once again be included, then that paves the way for the construction and building of the museum,” he said.

Crisanto is scheduled to face the Senate on Wednesday. He is confident that Dela Rosa “will see the beauty of being our sponsor [in] building the Freedom Memorial Museum.”

“I hope to speak to him before the actual Senate hearing,” he said. “My task is to cobble an alliance with him and the minority and the supermajority. This has to be something that the minority and majority can agree on.”

Once they get clearance to build, Crisanto said the museum can be built in about 18 months at a 1.4-hectare area near the UP College of Fine Arts.

If completed, it would be the first state-sponsored museum that officially recognizes the atrocities committed during martial law.

But “if I’m not supported by Mr. Marcos and Congress in the end and I’m only able to build an unfinished memorial, then let that be the memorial,” he said.