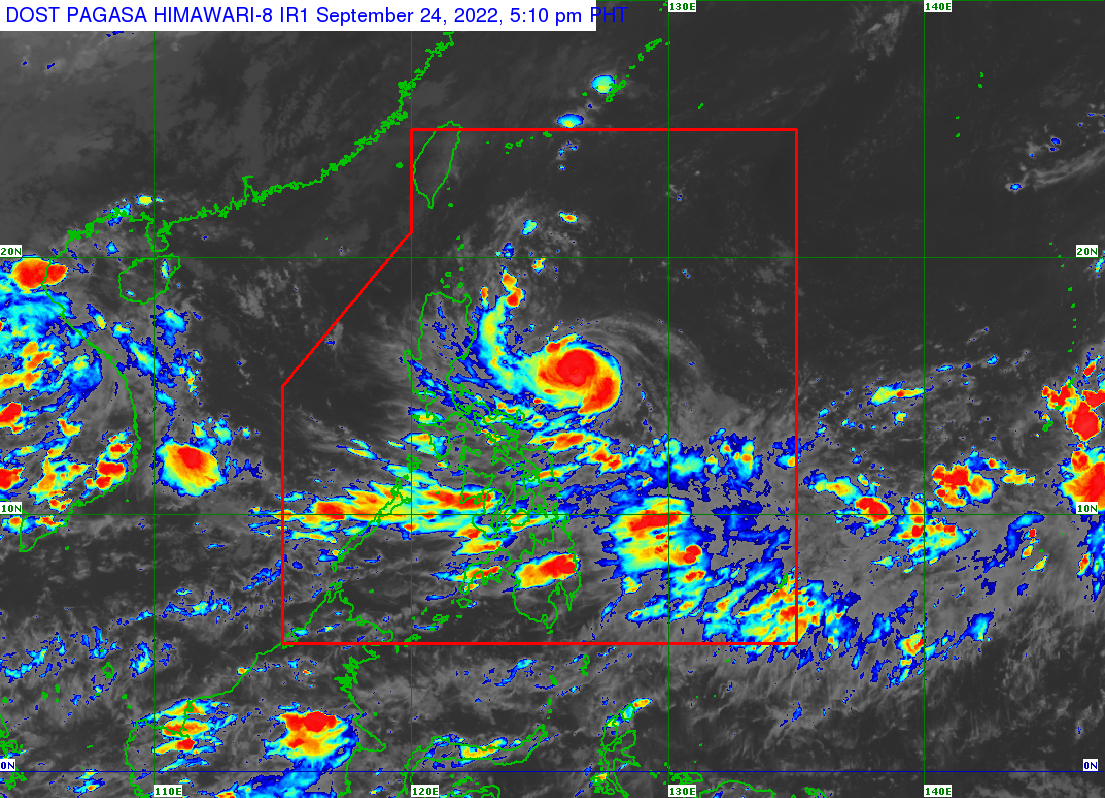 It carries maximum sustained winds of 110 kms per hour (kps) near the center and gustiness of up to 135 kph as it moves west southwestward at 135 kph.

“This tropical cyclone is forecast to intensify into a typhoon in the next 12 hours and may further intensify prior to landfall,” said Pagasa in its latest typhoon bulletin.

The weather bureau then said that Karding is expected to make landfall on Sunday afternoon.

Pagasa said light to moderate with at times heavy rain are forecast in Batanes, Cagayan, Isabela, the northern portion of Aurora, Catanduanes, Camarines Norte, and Camarines Sur until Sunday morning.

Meanwhile heavy to intense with at times torrential rains are expected from Sunday to Monday over Aurora, Nueva Ecija, Tarlac, Pangasinan, and the northern portion of Zambales, while moderate to heavy with at times intense are likely over the rest of Central Luzon.

Signal No. 2 (gale-force winds prevailing or expected within the next 24 hours) is up over the following areas:

Signal No. 1 (strong winds prevailing or expected within the next 36 hours) was raised over the following areas: