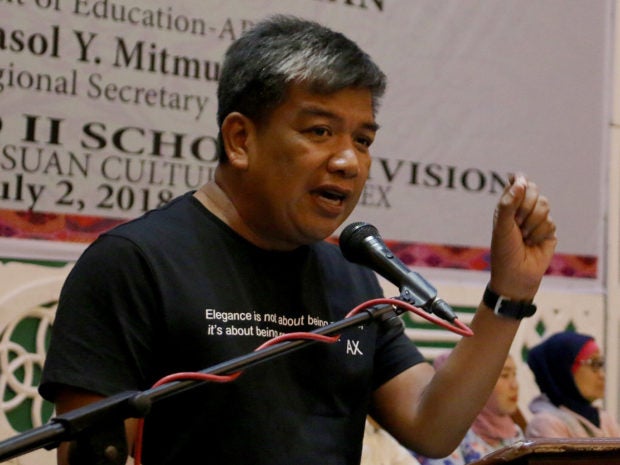 MANILA, Philippines — The Basilan General Hospital (BGH) was left unattended by the Department of Health (DOH) for nearly 24 years, its lone District Rep. Mujiv Hataman lamented in the plenary debates on Thursday.

During the budget deliberation of the DOH, Hataman discovered that the agency has some unobligated funds amounting to over P500 million under its Health Facilities Enhancement Program or the budget used in building health infrastructure for this year, compelling the representative to ask why the provincial hospital was not upgraded.

(If it has been this long and is not being managed, then the agency has a problem with its mandate. It’s our job to make laws, it’s their job to implement the laws…but we weren’t able to implement the long-standing law. That’s what I want to understand. Why is the DOH like that?)

Quimbo answered that the DOH estimated the hospital upgrade cost at approximately P50 million on top of the P36.5 million proposed budget for BGH.

The health department asked for a total of P88.9 million budget for BGH, but the Department of Budget and Management only approved PP55.5 million, the Marikina representative said.

She added that the DOH has also committed to facilitating the application for the license to operate for a 100-bed capacity for BGH by November 2022.

Hataman then invoked the law, which was supposed to be mandated in converting the Basilan Provincial Hospital into a tertiary hospital, increasing its bed capacity to 100, and appropriating funds.

(For 24 years, the people of Basilan have been enduring a hospital that should have been upgraded in 1998 due to the negligence of DOH officials.)

(BGH is supervised by DOH. It means that they cannot fund it every year for 24 years.)

Hataman also stressed that upgrading of hospitals, particularly on island provinces, should be prioritized as the COVID-19 pandemic saw a rise in patients needing hospitals.

(We saw the importance of higher-level hospitals during this pandemic. However, since our hospitals cannot treat those with severe cases of COVID, we still need to go to Zamboanga City to get treatment. Many stories about Basileños dying before they could even reach Zamboanga.)

(Hopefully, they will give attention to this in the 2023 budget so that repairs may begin next year.) –Catherine Dabu, INQUIRER.net trainee