Bb. Pilipinas from Tacloban vows to do best to retain intl crown 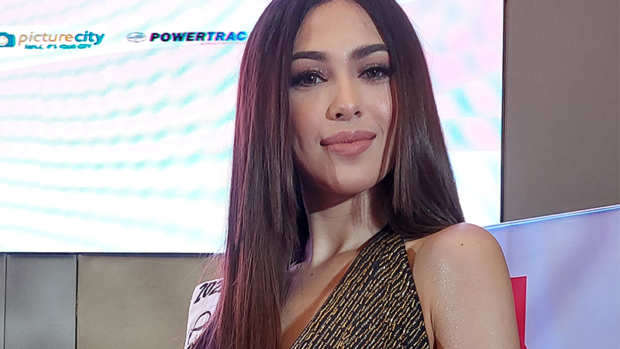 TACLOBAN CITY — Binibining Pilipinas Globe Chelsea Fernandez made a two-day homecoming in this city as she promised to do her best to retain the international crown.

The 23-year-old Taclobanon returned to the city on Wednesday, more than two months since she was crowned.

She paid a courtesy visit to City Mayor Alfred Romualdez at his office on Thursday to express her gratitude for the support of the city government.

Fernandez, who was crowned Miss Tacloban in 2017, said she felt the pressure since the Miss Globe crown was won by a Filipina, Maureen Montagne.

“I have to admit that there is pressure considering that the current holder is from our country, the Philippines. It’s kind of hard to achieve a back-to-back win, but it is not impossible,” she said in a press conference.

Fernandez will compete in the Miss Globe crown in Tirana, Albania on October 15.

The 5’7 beauty queen has embarked on strenuous training, like doing her “pasarela” walk and improving her speaking skills, since the Miss Globe competition includes a head-to-head debate among candidates.

The winner of the head-to-head debate eventually gets a spot for the final round.

Fernandez is a graduate of mass communication major in broadcasting in a private college in Tacloban.

Aside from a press conference and a “meet and greet” with her fans, Fernandez visited an elementary school and a women and children’s center for the abused.

During her visit to the facility, she met a girl who requested a hug and told her that she is an inspiration.

“I told her to tread her path and I am pretty sure she will make it on her own. But it is nice to be an inspiration to our young children,’ Fernandez said.

If she does not win the Miss Globe crown, Fernandez said she may join another beauty contest.

Before being crowned as Binibining Pilipinas-Globe, Fernandez won the Miss Philippines Earth-Water in 2019.

Bb. Pilipinas Globe Chelsea Fernandez: ‘Back-to-back is hard but not …