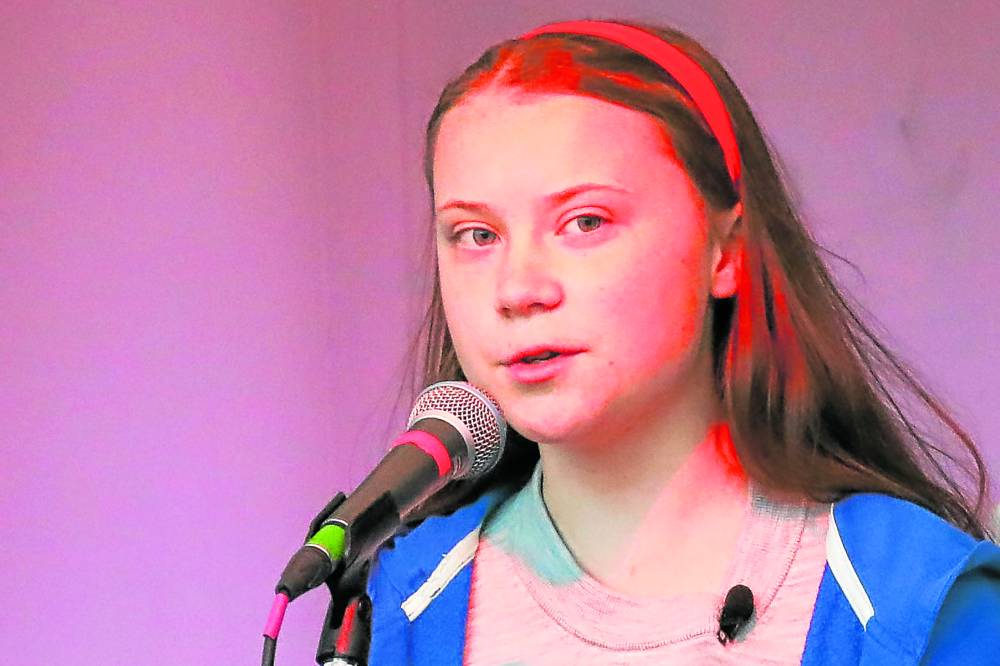 MANILA, Philippines — Achieving climate justice under the administration of President Marcos and “under fascist leaders” is not possible since it also entails fighting for democracy, according to international climate activists, including the outspoken Swedish teenager Greta Thunberg.

Their messages were conveyed in a short video played on Wednesday night during a program held on the University of the Philippines Diliman campus by protesters marking the 50th anniversary of the declaration of martial law.

The clip featured the 19-year-old Thunberg, who came to international attention for her scathing “How dare you!” speech at the United Nations climate conference in New York in 2019.

She was joined by fellow climate activists—Alde Nilsson also from Sweden and Mitzi Jonelle Tan from the Philippines—who pledged their support to human rights and environmental advocates in the country.

On Sept. 20, in his speech at the UN General Assembly (UNGA) in New York City, Marcos noted that the effects of climate change had been “uneven” and reflected “historical injustice,” and that countries that were actually “least responsible” for climate change tend to “suffer the most.”

A document from the 2015 UN climate change convention (COP21), titled “Understanding Human Rights and Climate,” states the following about the concept of climate justice:

“(It) requires that climate action is consistent with existing human rights agreements, obligations, standards and principles. Those who have contributed the least to climate change unjustly and disproportionately suffer its harms.”

For Thunberg and Nilsson, climate justice in the Philippines may not be achievable especially under the current administration.

“There can be no climate justice under Marcos,” Thunberg bluntly said in the video. “We stand in solidarity with martial law victims, seeking justice for human rights defenders who seek the democratic rights of the people and climate justice.’’

For Ann Dumaliang, a trustee and cofounder of the Masungi Georeserve Foundation, she hoped that the remarks of the President at the UNGA would be “mirrored and demonstrated” in the plight of environmental defenders and civil society organizations.

The foundation is facing possible harassment following the encampment of more than 30 armed men within the protected area of Masungi.

Dumaliang emphasized that environmental defenders and groups have been at the front-lines and should be considered as the government’s allies “in overcoming inertia for change from the ground up and in implementing nature-based solutions for climate and disaster risk resilience.”

“We hope to see conviction and timely action manifest in our recent calls for Malacañang’s intervention in the challenges we are currently facing, the invasions and land-grabbing operations happening in Masungi as he attends to the UN,” she said.

Added Dumaliang: “We need action now and we look forward to having an ally in the President.”

“All we are getting from [the President] so far are flowery statements while millions of Filipinos suffer directly from the impacts of our ongoing economic and ecological crisis,” Jon Bonifacio, Kalikasan national coordinator, said in a statement on Wednesday. “We need concrete action that puts the interests of the Filipino people first.”

Bonifacio said his group expected Marcos to include climate change in his message at the UN, “something he has been doing (from the) campaign trail.”

“But it’s clear that despite hitting all the right notes with his language—much like [Vice President Sara] Duterte was able to do before the Asean (Association of Southeast Asian Nations) and other international bodies—this is mere posturing as he plans on expanding the local fossil gas industry,” he said.

Marcos’ speeches, he said, had “consistently been lacking in the human rights dimension around transition and ensuring that the needs of communities are put first, rather than the profits of local oligarchs.”

“With planned and ongoing mega-dams and even mega-solar farm projects in the hands of local billionaires, it’s clear that democratic and decentralized energy production is not on the Marcos agenda,” Bonifacio lamented. —WITH A REPORT FROM INQUIRER RESEARCH