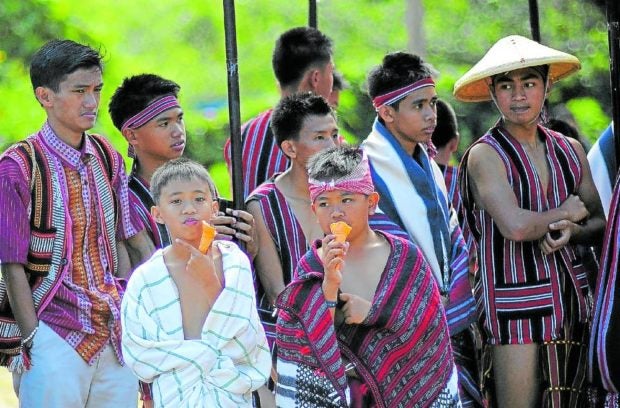 EASED OUT | Young generations of Ibaloys may not remember, but their ancestors found themselves eased out of their land when the Americans built Baguio City in the early 1900s. The city council is mulling over a government apology for this historic discrimination. (Photo by EV ESPIRITU / Inquirer Northern Luzon)

BAGUIO CITY, Benguet, Philippines — Baguio was designed and built 113 years ago by the American colonial government on Ibaloy land, for which the local and national governments should apologize, according to indigenous peoples members of the city council during their session on Monday.

This sentiment was expressed by Ibaloy councilors and their colleagues with roots in the Cordillera following a privilege speech by Councilor Jose Molintas, who said the annual Baguio Day celebrations on Sept. 1 had “offended” Baguio Ibaloys for not acknowledging the historical discrimination that led to the loss of their lands.

According to Molintas, what is now known as Burnham Park, Camp John Hay, and the Bureau of Animal Industry property in Barangay Dontogan were vast pasture lands used by the Cariño and Carantes clans, who were among the prominent original settlers in the city.

“Since it was chartered in 1909, however, Baguio has been selling these lands … In short, Baguio had been making money out of [our] ancestral lands,” said Molintas, an Ibaloy human rights lawyer.

He asked Mayor Benjamin Magalong and Baguio Rep. Marquez Go to consider issuing a formal apology “for the systemic loss of Ibaloy lands and land rights,” similar to the expression of remorse offered on Feb. 13, 2008 by then Australian Prime Minister Kevin Rudd to the Aboriginal and Torres Strait Islander Peoples of Australia.

Councilor Leandro Yangot, who has family ties in Mountain Province, said the apology should come not only from Baguio but from the Philippine government and its former colonizers.

Many among the members of the city council are Cordillerans, including Yangot, Arthur Allad-iw and lawyers Fred Bagbagen and Benny Bomogao. Molintas, former city administrator Peter Fianza, and engineers Isabelo Cosalan Jr. and Michael Lawana Jr. are Ibaloys. Vice Mayor Faustino Olowan is also a Cordilleran.

“The Baguio indigenous peoples had been ‘chasing for their lands’ since the year 1900 because their land rights were not recognized and respected by the colonizers and the government that took over,” Molintas said.

Baguio was declared a townsite reservation in 1912. Composed of alienable lands, lots were sold to generate income and to populate the summer capital at the start of the 20th century.

The townsite sales system for a city designed for 25,000 residents required townsite applicants to participate in land auctions, and those who have made improvements to their prospective lots are given some advantage.

Yangot, who chairs the committee on urban planning, lands, housing and relocation sites, said Baguio had been plagued by a massive townsite sales backlog due to delays in processing applications. To date, applicants have reached 6,000, he said.

Aside from these colonial policies, “our national laws have continuously discriminated against our ancestral landowners until now,” Molintas said.

He added: “[So] I therefore appeal that we make a formal apology to the Baguio indigenous peoples in a fitting occasion like Aug. 9, 2023 (which is next year’s International Day of the World’s Indigenous Peoples).”

He said the 1987 Constitution and the Indigenous Peoples Rights Act of 1997 (Ipra, or Republic Act No. 8371) recognized and protected indigenous Filipino rights.

But Section 78 of Ipra excludes Baguio from its full coverage, which was ironic given that one of the foundations of this law was the 1909 US Supreme Court landmark ruling recognizing the “Native Title” of Ibaloy chieftain Mateo Cariño over what is now Camp John Hay, Molintas said.