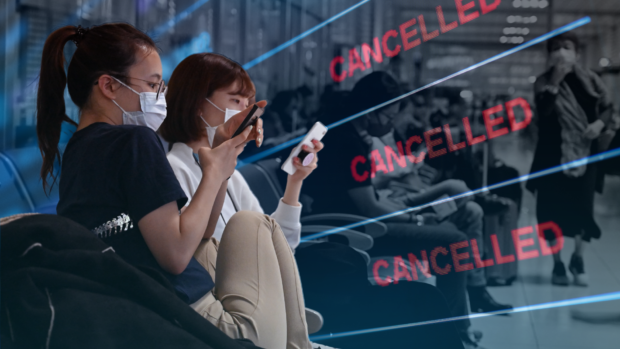 In an advisory, the Miaa said the following flights have been canceled:

In a weather update released at 1:27 p.m., the Philippine Atmospheric, Geophysical and Astronomical Services Administration issued a lightning red alert – a safety measure to prevent any incident from happening that may endanger personnel, passengers, and even flight operations.

The alert, however, was later lowered to yellow, which indicates the resumption of flight operations. — Alyssa Joy Quevedo, intern