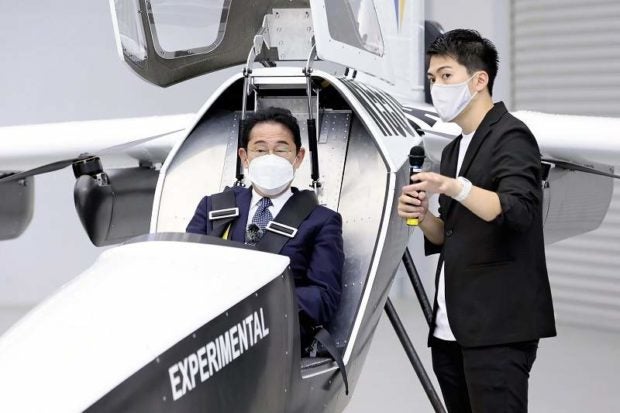 “We must make efforts to attract workers based on the two pillars of the system and a high standard of living,” Kishida told reporters during an official visit to Minamisoma, Fukushima Prefecture.

The government has been focusing on attracting human resources by, for example, introducing a system in 2012 that gives preferential treatment to high-skilled personnel by rating their expertise and technical skills.

However, the number of such workers is low compared to Western countries.

“Looking at the global environment, Japan is lagging, and we’d like to devise a better system,” Kishida said.

On the same day, Kishida visited the planned site of an international research and education organization that will be established in Namie, Fukushima Prefecture, and said, “We want to make it a world-class center where outstanding researchers from Japan and abroad gather to conduct the world’s most advanced research.”

He also rode a flying car on the grounds of the Fukushima Robot Test Field in Minamisoma.