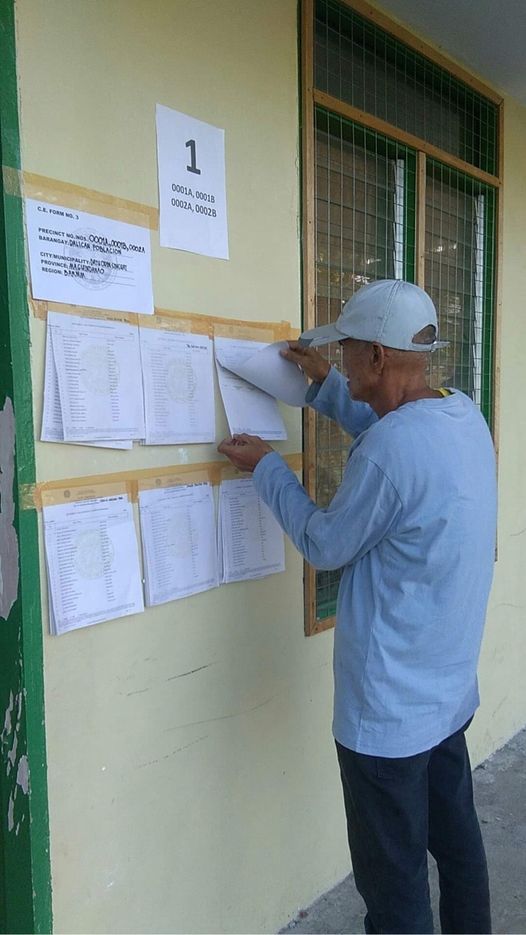 A man looks over a voters list posted outside a school in Datu Odin Sinsuat, Maguindanao on Saturday, September 18, 2022.

MANILA, Philippines — The Commission on Elections (Comelec) on Sunday reported tallying around 99 percent of  “Yes” votes in the plebiscite  on dividing Maguindanao into. two separate provinces.

The Comelec said voter turnout was at 80.84 percent, with  712,857 out of 881,790 registered voters casting their votes, based on data shared by Comelec spokesperson John Rex Laudiangco.

A total of 706,651 or 99.27 percent of voters voted “Yes” in the plebiscite seeks to determine if the people of Maguindanao will accept Republic Act No. 11550, a law that will divide the province into Maguindanao del Norte and Maguindanao del Sur.

“People are not afraid to cast their votes. They trust the process so much,” Comelec chairman George Erwin Garcia told reporters in an interview.

Laudiangco said that the 80 percent voter turnout in the Maguindanao plebiscite on Saturday had the second highest voter turnout for province-wide referendum in the country’s history.

“But in terms of total number of registered voters and total number of voters who actually voted … this is the most participated-in plebiscite, Province/City/Municipality wide,” Laudiangco also told reporters, noting that the Compostela Valley referendum only has 200,000 voters.

The Provincial Board of Canvassers will officially announce the results of the poll before Sunday noon.